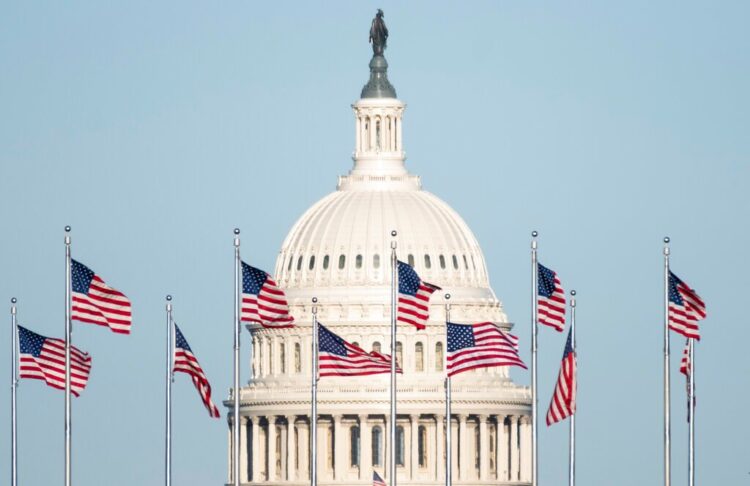 The U.S. Capitol was on lockdown Friday after authorities said that someone rammed a vehicle into two officers and then crashed into a security barricade on the Senate side of the complex.

Two officers were injured and a suspect is in custody, according to U.S. Capitol Police. All three were taken to the hospital.

It was unclear what led to the incident and the nature of the officers’ injuries. There were reports that the suspect brandished a knife after hitting the officers and ramming the barricade, and the suspect was shot.

CNN and other outlets quickly shifted to coverage of images from the Senate side of the complex, where a blue sedan was shown smashed in at the security barrier. Reporters said that the Capitol was in lockdown.

Security had been tightened considerably around the Capitol complex following the Jan. 6 riot and siege. Although a fence perimeter had been removed from recent weeks, allowing vehicles closer access, there still has been the presence of National Guard troops and a much larger number of police officers.

Congress has been out of session this week, with many lawmakers back in their home districts.

On one day early last month, the House actually canceled a series of votes after intelligence officials warned of a threat. Capitol police warned that “we have obtained intelligence that shows a possible plot to breach the Capitol by an identified militia group.” Although there were no incidents, there have been concerns of continuing threats.