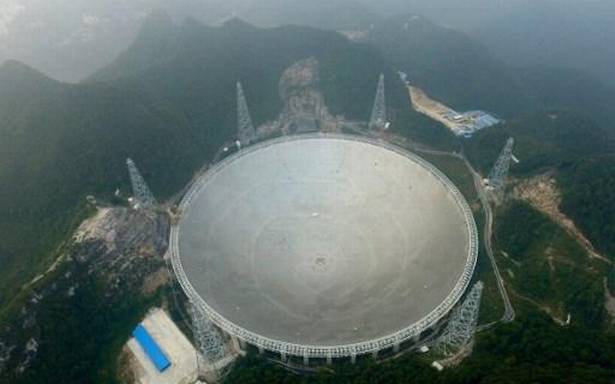 The world’s largest radio telescope, the Five-hundred-metre Aperture Spherical Telescope or FAST has been installed in Pingtang in China’s Guizhou province.

FAST started full operations in January 2020 and is about to open its doors for foreign astronomers.

FAST boasts of a 500-metre giant satellite dish, the size of which can cover the area of 30 football pitches. This is also the world’s largest.

FAST is surrounded by a five-kilometre “radio silence” zone where mobile phones and computers are not allowed.

Thousands of villagers were displaced to make room for this telescope.

FAST mainly captures radio signals emitted by celestial bodies. In particular, pulsars which are rapidly rotating dead stars. The data collected should help understand of the origins of the universe. It could also aid in the search for alien life.

China has said it will accept requests in 2021 from foreign scientists wishing to carry out measurements.