Home TechnologyGaming 4 Games to Look Forward to in July 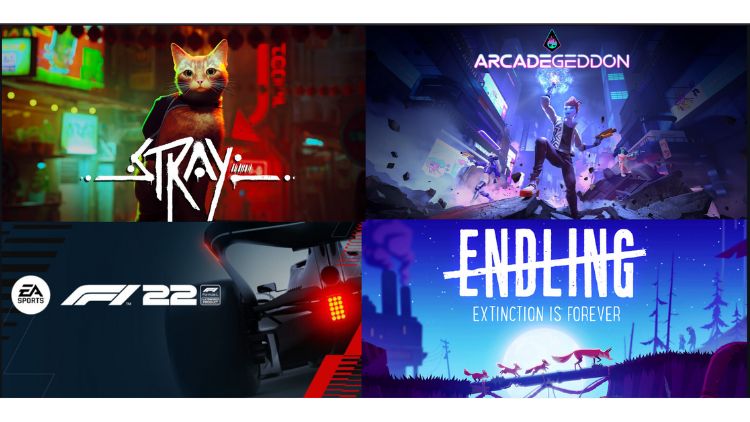 It’s July! In gaming, this is the month before the AAA games start releasing. Even though it’s a slow month, here are a handful of games worth your time and money.

This is the headline game of the month. It is all about a cat. Stray is a mystery solving, cyberpunk wandering delivery cat. We are tasked with reuniting our lost family and solving an ancient mystery. The greatest thing about being a cat is the ability to go almost anywhere. And we’ll also have our own android too, a drone named B12. If you’re a cat lover you’re likely already hyped for Stray. Stray releases on july 19th on PS5, PS4 and PC. Those on Playstation Plus will get it for free but only those on the deluxe version.

F1 has a yearly release but all of them feel the same with negligible differences. But this year it’s like a new game. Thanks to the many rule changes in the real world sport, the digital world sport is now forced to copy them and that gives us F1 22. There are new sessions like the sprint race, optimizing pit stops and formation laps is now critical. Here you can even change your wallpaper in your office now. And for those who want to raise up the ranks, there is also F2. Look out for F1 22 on July 1st on PC, Xbox and Playstation.

Endling Extinction IS Forever is a single-player, 3D, side-scroller. This is all about keeping the last of your species alive. We play as the mother fox trying to keep her cubs away from all kinds of peril and onto safer pastures. The game describes itself as an eco-conscious game which usually means humans are depicted as the bad guys. Each cub we raise is said to have its own personality. So one will be more curious and venture closer to danger whereas another may be eaten by an owl. We need to be observant as we search for a safe place to take a nap. Endling releases on 19th July and comes to Playstation,  PC, Xbox and Switch.

Arcadegeddon is an ever evolving cooperative, multiplayer, shooter. Its target audience are shooter fans and battle royale players. Here in Arcadegeddon, the premise season arcade owner accidentally spread a dangerous virus to all the machines and we must go in and save the day. It’s been in early access for almost a year now and in that time we’ve seen many core games and mini games too. From surviving an unlimited horde to playing a futuristic basketball game. It appears that the basic foundations are in place and pretty much anything that can be imagined can be turned into a game so it’s effectively like Fortnite creative for people who’ve had enough Fortnite