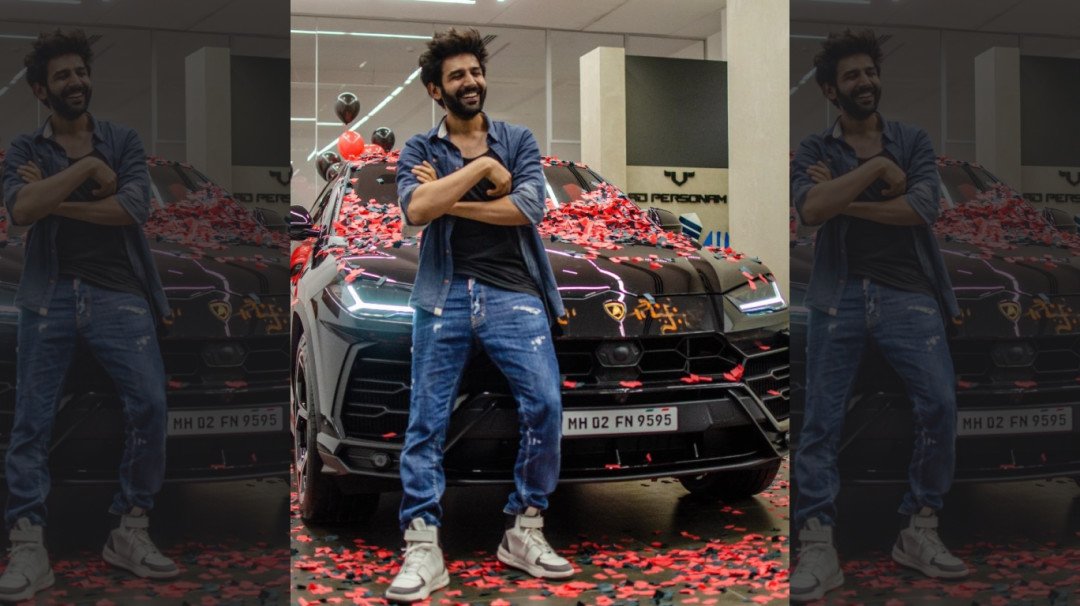 Kartik Aaryan, who recently recovered after testing positive for coronavirus, has gifted himself a swanky expensive car worth INR 4.5 crores. The actor is now a proud owner of a Lamborghini Urus in black.

The 30-year-old actor took to Instagram to share a video of his latest purchase on Tuesday, April 6. In the video, Kartik is seen posing next to the black SUV that has been decorated with black and red balloons in the background. In the front, the car also has a red swastika sign which indicates that the actor must have done a puja of the new vehicle.

Sharing a funny video and caption to the post, Kartik wrote: “Kharid li. Par main shayad mehengi cheezon ke liye bana hi nahi hoon (Bought it. But maybe I am not made for expensive things).” The latter part of his caption is a reference to what happens in the video:

Meanwhile, the comment’s section of the actor’s post was filled with wishes by fellow Bollywood celebrities and fans equally.

On Monday night, April 5, he was photographed with his new Lamborghini Urus outside his residence.

Kartik’s latest buy has made him a part of the Bollywood club that owns the swanky vehicle, including Rohit Shetty and Ranveer Singh.

Last year, Kartik Aaryan got his mother a special gift on her birthday – a Mini Cooper Convertible.

On the work front, Kartik Aaryan will next be seen in Bhool Bhulaiyaa 2 and also in the second instalment of Dostana, in which he co-stars with Janhvi Kapoor.

Rajkummar Rao on resuming work on his next amid pandemic: It is...

Malaika Arora Posts An Inspiring Message As She Takes First Dose Of...