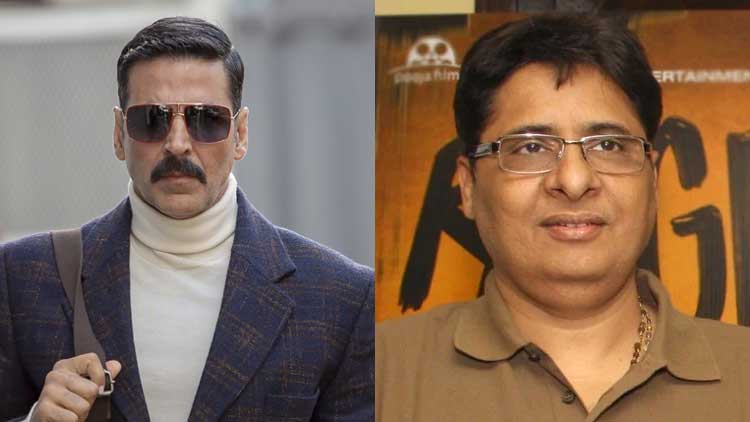 Fake news about projects or celebrities is pretty common in digital universe, but some articles cross the line of decency and irk the concerned person, actor Akshay Kumar and producer Vashu Bhagnani slams a leading media portal for running fake news regarding forthcoming movie Bell Bottom.

A media outlet reported that Vashu Bhagnani, the producer of the upcoming movie ‘Bell Bottom’, had requested Akshay to reduce his fees by Rs 30 crores for the film and the actor had agreed to the same.

However, the news is not true and didn’t sit well with Akshay Kumar, who slammed the portal on his social media profile. He re-tweeted the report and wrote, “What waking up to FAKE Scoops feels like!”

Producer Vashu Bhagani did the same, he tweeted, “No Truth to this news at all”

Akshay will be seen playing the role of a RAW agent. Vaani will play Akshay’s wife in the film. Lara will essay the role of former Prime Minister Indira Gandhi, who was in power at that time. It is based on the plane hijacks that took India by storm in the early 1980s.

Bell Bottom was the first major Bollywood film to start and finish its shooting during the corona-virus pandemic. The film was set to get a theatrical release on May 28, this year was postponed and the new release date has not been announced by the makers yet.

Apart from Bell Bottom, Akshay has his kitty filled with projects, such as Atrangi Re, Raksha Bandhan, Bachchan Pandey, Sooryavanshi, Ram Setu, and Prithviraj.