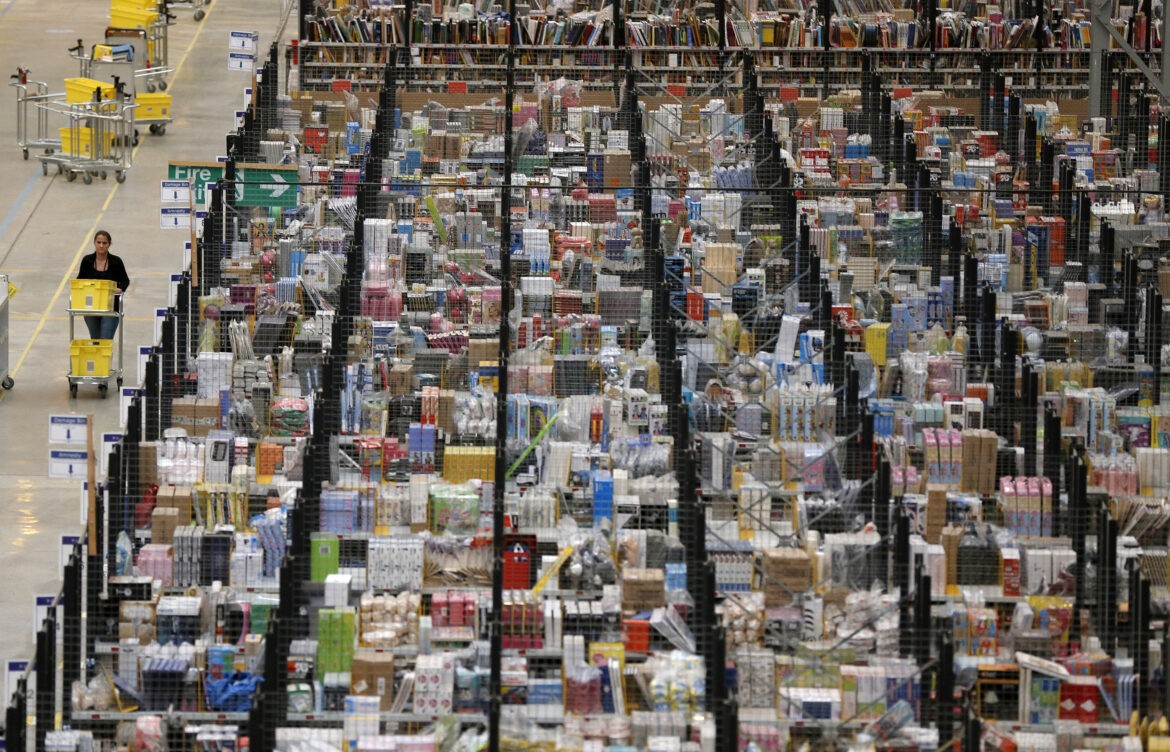 Amazon has been examining the idea of opening discount stores or outlets selling unsold electronics and home goods at steep discounts, Bloomberg has reported. The products would reportedly be sourced from inventory in its warehouses, and the company has weighed opening permanent locations and pop-up stores in malls and parking lots. The stock would consist of smaller items that don’t take up a lot of space, like home goods, toys, kitchen items and electronics, but not clothing.

A 2019 report detailed how Amazon destroys millions of items it can’t sell, ranging from TVs to diapers — though Amazon later pledged to donate unsold goods. “It’s a way to be able to clean out warehouses and get through inventory without having to destroy it,” one of Bloomberg‘s sources said. Amazon has reportedly dropped the idea for now because of the pandemic’s impact on brick-and-mortar retail, plus it just launched the Fresh grocery store chain and wanted to focus on that.

Amazon already has a considerable retail presence with over 500 Whole Foods locations, 96 Amazon Fresh, Amazon Go and other permanent stores and seven mall pop-ups, Bloomberg noted. Discount electronics and home good stores would be a considerable expansion of that, as they represent two of the top consumer goods categories on its website, according to Statista. Given the popularity of Black Friday and other sales, it’s easy to see consumers flocking to the stores in search of bargains — a good thing for sales, but not during a pandemic.