Amitabh Bachchan reminisces about ‘innocence of youth’ with a throwback picture 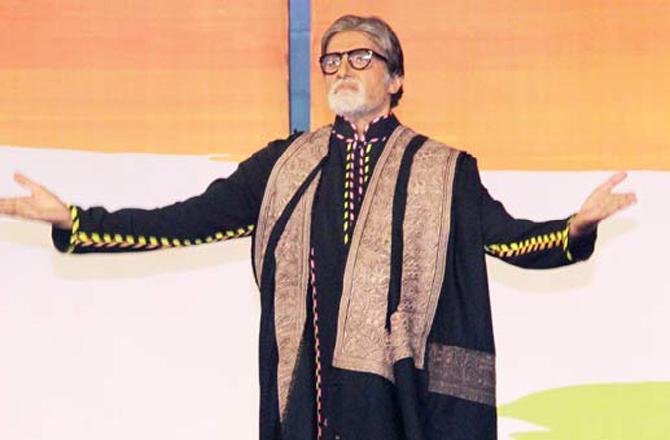 Reminiscing about ‘the innocence of youth’, megastar Amitabh Bachchan on Sunday shared a priceless throwback photograph of his teenage days. The ‘Sholay’ star took to Instagram and shared a never-seen-before picture monochromatic photograph. The post featured a collage of two pictures of the actor’s younger days in which he is seen sporting a white T-shirt. The innocence of his teenage days is clearly visible through the two pictures shared in the post.

The ‘Baghban’ star missed his days of youth, and captioned the post as, “… the innocence of youth .. overtaken now by the years of maturity and the rigours of life .. (Naa jaaney kahan gaye woh din).”

Celebrity followers and more than 37 thousand fans liked the post, with many leaving red heart and fire emoticons in the comments section. Of late, the actor has been quite active on social media and has been updating fans of his activities by posting pictures and videos.

Earlier, the ‘Shahenshah’ star shared a sneak peek from the sets of his game show, ‘Kaun Banega Crorepati’. On the professional front, Sr Bachchan has been roped in for ‘Mayday’ which is being directed-produced by Ajay Devgn, it also stars Devgn. Rakul Preet Singh, and Angira Dhar.