Arjun Kapoor dedicated a new tattoo for his sister Anshula 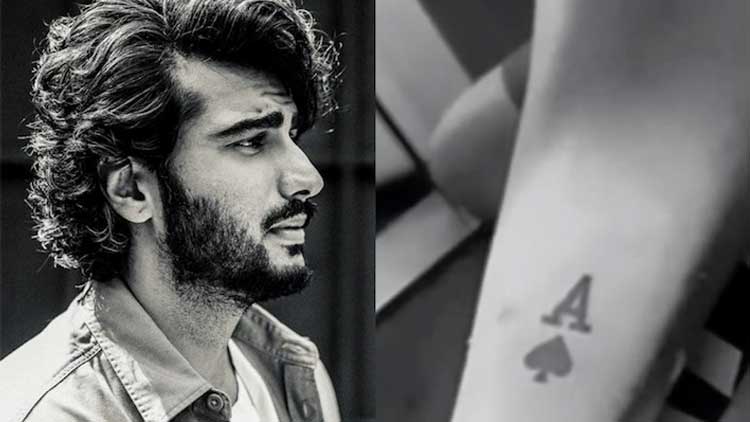 Arjun Kapoor’s life revolves around his sister Anshula. He loves her so much and many times he has been seen expressing her importance in his life. The actor has now got himself inked and his new tattoo is dedicated to her.

Showcasing his new tattoo on his social media, he wrote, “She is the Ace up my sleeve. @Anshulakapoor & I, intertwined forever in life & also by the letter A.”

Anshula  reacted to the tattoo and wrote, “Love You.”

The actor already has two tattoos before this. His first tattoo is the word ‘Maa’ in Hindi as a mark to his late mother Mona Kapoor. The second one is a Latin quote “Per Ardua Ad Astra’ that translates to ‘through adversity to the stars’.

On the workfront, Arjun will next be seen in ‘Bhoot Police’ starring Saif Ali Khan, Yami Gautam and Jacqueline Fernandes alongside him. The film is being helmed by Pavan Kirpalani and produced by Ramesh Taurani and Akshai Puri.

He will also be seen in Mohit Suri’s ‘Ek Villain Returns’ starring Tara Sutaria, Disha Patani and John Abraham alongside him.