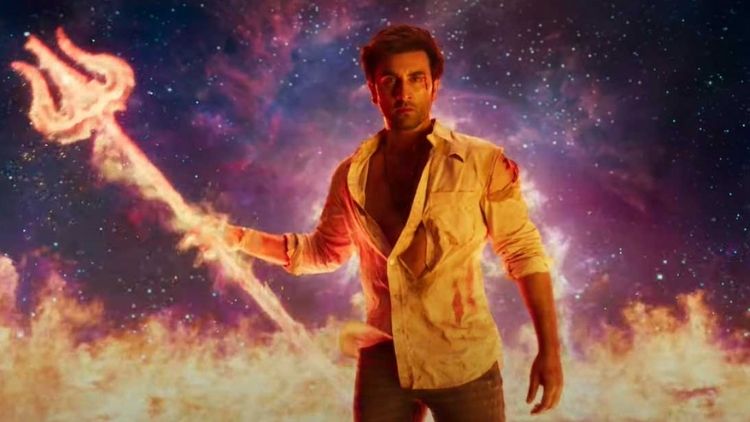 After a lengthy wait, it’s finally here. The poster of Ranbir Kapoor’s new movie Brahmastra was released on 15th Dec 2021. The Concept of this movie is based on the “Modern-Mytho” drama. Brahmastra also stars Alia Bhatt, Amitabh Bachchan, Nagarjuna, and Mouni Roy, and stars Ranbir Kapoor as the new-age Shiv.

The release date of Brahmastra is 9th Sept 2022. It will also be available in many languages such as Hindi, Tamil, Telugu, Malayalam and Kannada. The story is set in modern-day India, where a secret society known as the Brahmastra has been protecting ancient India’s ‘Astras’ (divine weapons) for centuries. The much more powerful of such, the Brahmastra, is about to arise, threatening to bring down the entire world.

The movie is a trilogy. It is based on Indian Mythology. The first part of the trilogy has a character named Shiva which is played by Ranbir Kapoor. Shiva feels a love connection with Isha who is played by Alia Bhatt. His life changes forever when he discovers that he has a secret link to the Brahmastra. Because of this he has a huge power inside him that he doesn’t truly understand – the power of fire. 2024 and 2026 will see the second and third parts of Brahmastra.

Ayan Mukerji (Director of the movie) said “I felt like it was something there which hadn’t been accomplished, It amazed me that no one’s done it, that no one has ever truly addressed this imaginative, larger-than-life film on the old powers of this ancient nation that is India in a modern fashion.”

Fox Star Studios, Karan Johar’s Dharma Productions, Prime Focus, and Starlight Pictures are producing the Brahmastra trilogy. The producers have always refused to talk about the budget of the film. Industry Insiders speculate that the budget of the movie is around INR3 billion ($40 million). Mukerji believes when Hollywood studio heads see the movie, they will feel as if they had seen a $100 million production.