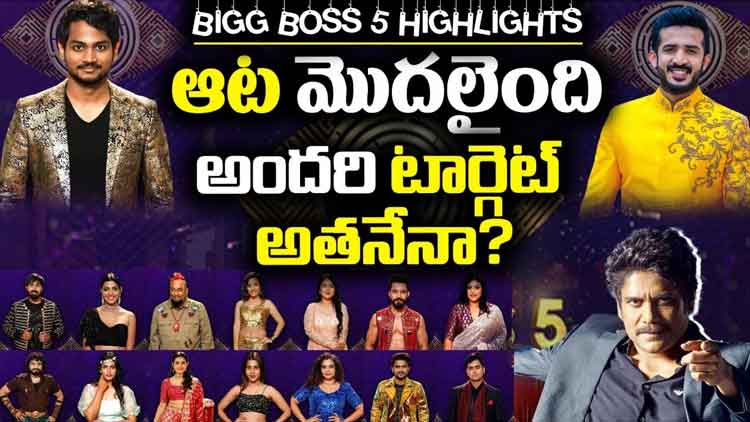 Bigg Boss Season 5, the biggest reality show audiences have ever been waiting for, got off to a solid start. Nagarjuna sent a total of 19 contestants inside the house at once. However, most of the contestants who came this time were very famous. Lobo, Kajal, Sunny, Ravi, and Shanmukh are most popular on social media.

Nagarjuna also sent faces unknown to the real people into the house this time. Although the contestants may seem new until the first, second, or third week, the audience will have an impression of them through tasks, games, and behavior. In some cases, there are even cases where even the most popular ones are exceptionally eliminated. There is a discussion on social media about who are the top 5 contestants.

Surveys on Netflix are looking for the 19 people who made it to the top 5 of Bigg Boss Season 5. The chances are that anchor Ravi will be in the top 5. Then there is the chance that the famous YouTuber Shanmukh Jashwant will also go to the top 5 after that. It seems that actress Siri Hanmant is also going to be in the top 5. Also commenting that there will be model Jesse (Jaswant Padala).

Also, Sarayu, who is an energetic girl, definitely has a chance to go all the way to the finals. RJ Kajal is said to be a girl who can go to the top 5 if she reduces her over-action a bit. There is talk on social media that they are likely to be in the top 5 overall. There are also chances that the negativity that came in the first week about model Jesse will somehow go away and go all the way to the finals.

And Shanmukh Jashwant, Jesse, the bustle between the armies already continues on social media. And compared to previous seasons in terms of tasks, in terms of behavior. Depending on how they deal with it, their craze may increase or decrease.

Five contestants are nominated for elimination in the first week of Bigg Boss, and there are three popular contestants in this elimination list: Ravi, Jessie, and Sarayu. Who will get voted out this week?