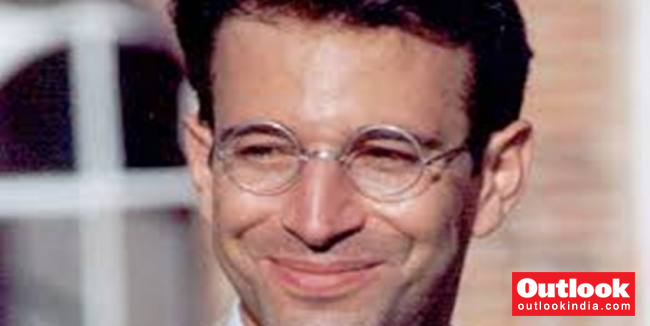 The Supreme Court of Pakistan has instructed to transfer the British-born al-Qaeda terrorist Ahmed Omar Saeed Sheikh, from a death row cell to rest house which is run by the government. Sheikh is the main accused in the kidnapping and killing of the US journalist Daniel Pearl in 2002.

Headed by Justice Umar Ata Bandial, the three-member bench ordered to shift Sheikh to the general barracks for two days. Following this, Sheikh will then be transferred to a government-run rest house, under tight security, by Friday, said officials.

Sheikh’s family will be able to visit him in the rest house between 8 AM to 5 PM, the officials added. However, under any circumstances, he will not be allowed to access a mobile phone or the internet. The government shall pay for his family’s accommodation and transport.

The court said that Sheikh would be under guard and not allowed to leave the place where he would be kept.

However, the court again rejected the government’s appeal to suspend the Sindh High Court’s verdict on the acquittal of the accused and asked it to file an appeal against the high court’s decision.

In April 2020, a two-judge Sindh High Court bench commuted the death sentence of Sheikh to seven years imprisonment. The court also acquitted his three aides who were serving life terms in the case — almost two decades after they were found guilty and jailed.

The Sindh government and the family of Pearl filed petitions in the apex court, challenging the high court verdict.

On Thursday, the Supreme Court dismissed their appeals against the acquittal of Sheikh and ordered his release, a judgement denounced by the American journalist’s family as “a complete travesty of justice.”

The US government has asked the Pakistan government to ensure that those involved in murdering Pearl should be punished.

The Sindh government on Friday filed a review petition in the apex court against the acquittal of Sheikh and his three accomplices.

Voicing outrage over the acquittal of Sheikh and his aides, the White House asked Pakistan to expeditiously review its legal options, including allowing the US to prosecute them to secure justice for Pearl’s family.

Amid mounting pressure from the US and the UN, a spokesman of the Attorney General of Pakistan (AGP) on Saturday announced that the federal government will file an appropriate application before the apex court to be allowed to join as a party in the proceedings and further seek review and recall of the court’s January 28 judgement.

The apex court on Monday rejected the government’s request to suspend the order to release Sheikh and his three aides – Fahad Naseem, Sheikh Adil and Salman Saqib – in the case but extended their interim detention order by one day to hear the government’s position on the case.

During the hearing on Tuesday, the Attorney General of Pakistan told the court that Sheikh is not an ordinary accused, but a mastermind of terrorists and that he will disappear if released to which Justice Bandial asked him if it has been proved that Sheikh was involved in terrorist activities.

The attorney-general said that the federation has the power to detain dangerous criminals but bench member Justice Sajjad Ali Shah said that Sheikh had already been illegally detained.

Justice Munib Akhtar said it was not the dark ages that an accused should remain in jail even after 18 years.

The court then ordered the immediate removal of Sheikh from the death row cell. The court adjourned the case indefinitely.

The Pakistan government is scrambling to keep Sheikh in custody after the top court had ordered to release him if he was not wanted in any other case.

The pressure mounted on Pakistan as the US Secretary of State Blinken called Foreign Minister Shah Mahmood Qureshi to demand justice for Pearl.