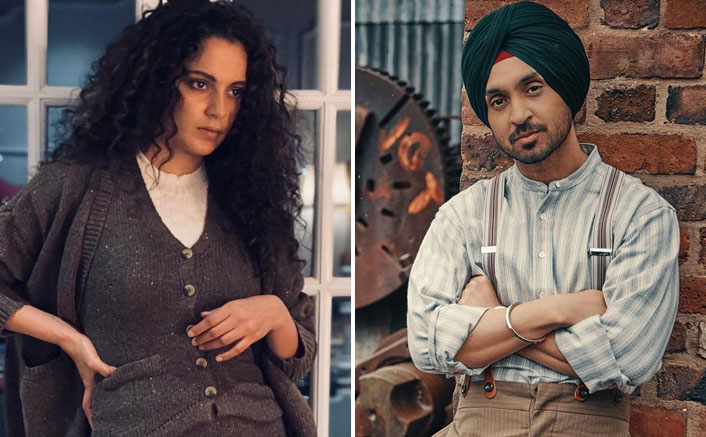 The Twitter war between Bollywood actress Kangana Ranaut and Punjabi heartthrob, Diljit Dosanjh ceases to end. It all began with their varied views on the Farmers’ protest. After taking multiple potshots at each other, if you think they’re done – there’s a new topic they’re locking horns over. Read on for all the scoop.

Just like many celebrities, Diljit too enjoyed a vacation during the New Year festive season. The Good Newwz actor shared glimpses of his getaway on Twitter. While the location has not been revealed, it seems to be somewhere abroad with snow-covered all around in the background.

Diljit Dosanjh was quick to respond with a befitting reply for Kangana Ranaut. He took to Twitter and shared his thought of hiring the Manikarnika actress as his ‘PR person.’ Diljit wrote, “Enu Mai PR Lai Na Rakh Lava? Dimagh Chon Tan Jaanda Ni Mai edey (Shouldn’t I keep her as my PR person? I am always on her mind.)”

Just not that, the Punjabi singer also clapped back with a video of an old lady hitting out at Kangana. He wrote, “You live with such misconceptions about yourself, don’t think Punjabis have forgotten what you’ve done. We will have our answer for you soon.”

As expected, Kangana Ranaut did not hold back either as she responded, “Time will tell, friend, who fought for the rights of the farmers and who against them… Hundred lies cannot hide one truth, and you will never be hated if you care for someone with all your heart. You think all of Punjab is against me? Haha don’t dream so big your heart will break.”

Diljit Dosanjh too replied, “I don’t understand what her problem with farmers is. Ma’am, all of Punjab is with the farmers. No one is talking about you.”

RELATED:  First person to receive COVID-19 vaccine in India urges everyone to 'go for it'