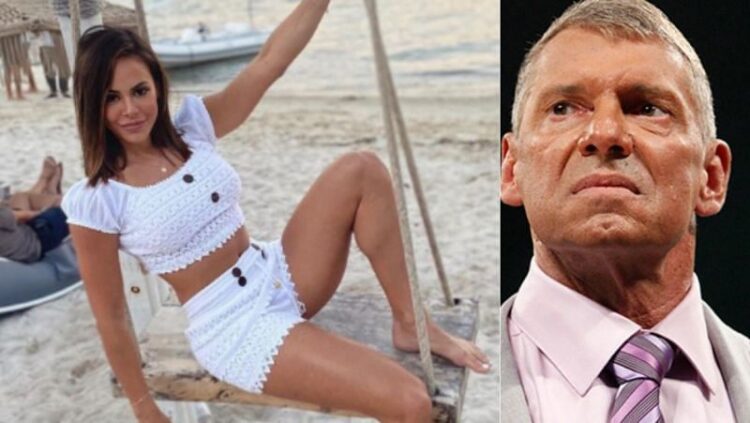 Popular backstage interviewer and former RAW Talk host Charly Caruso surprised the WWE universe by leaving the company seemingly out of the blue.

Reports suggested Caruso had heat with top WWE management for showing up late to her interviews with Randy Orton and Sheamus. However, Caruso has denied these rumors and said she left the company on good terms.

It had also been reported by the Wrestling Observer she might have been fired by the company. While that may not have been true, WWE was apparently not interested in renewing her contract.

Speaking to Scott Fishman of TVInsider.com, Charly Caruso revealed the real reason behind her exit from WWE. She stated she never had any issues with WWE and just wanted a change in her career.

“There is always going to be chatter. The contract was coming up. Instead of renewing, I’m moving on. Everyone is going to have their own opinions regardless. I never had any issues while I was at WWE. Nothing bad happened. As far as I’m concerned, I’m leaving on a positive note and beginning what I believe to be the next step in my career.”

Charly Caruso had become one of the most prominent members of the WWE backstage team. Since losing Renee Young, Caruso’s exit from WWE has led to a lack of experienced interviewers in the company.

RAW Talk’s new host Kevin Patrick was signed by WWE essentially as a direct replacement for Caruso. Here’s what Dave Meltzer of WON had to say about Caruso’s exit from WWE a few weeks back:

“I heard she was fired and then other people reported that she’s just not gonna be used and they are gonna wait for her contract to be out. I don’t know which one of those is accurate. She had too much heat with too many different people and that was the story. That’s why the new guy was brought in to replace her.”

Charly Caruso is immensely talented and it will be interesting to see how her career progresses in the future.