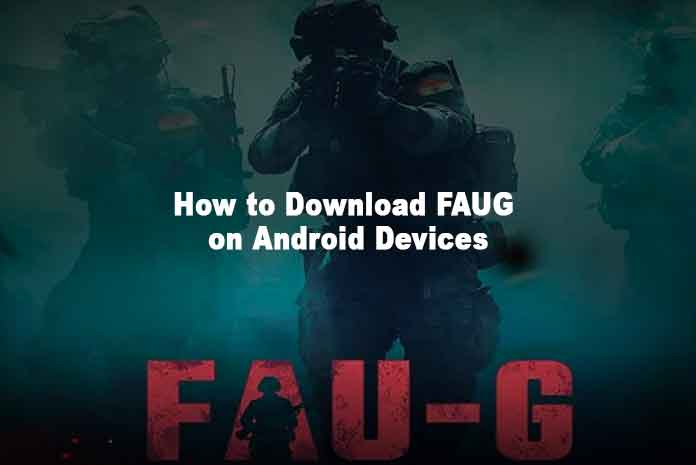 FAU-G will be available on Google Play Store on 26th January. Here are the steps you need to follow in order to download FAU-G:

After the launch of the game, the game can be downloaded from the app stores or gamers can download the APK file via the official website. The game is yet to launch its official website. Players can get to know more about the game by visiting the game’s website– www.ncoregames.com.

How to Pre-Register for FAUG or How to get Pre-Registration LINK of the game?

What is the FAUG release date?

Also Read: PUBG Mobile India Update: Will PUBG relaunch before FAUG release? This is what we know so far

How FAUG is different from PUBG ?

FAUG vs PUBG: FAUG is an action game, PUBG Mobile India, on the other hand,  is a battle royale game. While FAUG is reportedly based on real incidents that have taken place in the Galwan Valley, PUBG Mobile is set on an imaginary island. FAUG’s data centre is going to be based out of India, since it is a Made in India product.

FAUG GAME Download APK will be only available after the official launch and release of the game.

Who all are in FAUG Core Team?

FAUG is made by nCore Games, a Bengaluru based company headed by Dayanidhi M G. nCore games have Vishal Gondal as the advisor and investor. He is the name linked to the release of FAUG in the country. Ganesh Hande is the Chief Operating Officer (COO) of nCore Games. Thara Jacob who is the CTO of nCore Games and was previously the Head of Engineering at RockYou. Arindam Mitra comes in as the Associate Director of nCore Games and has the duty of removing various roadblocks and helps in the market research for the product.

The opening season of the game is set at Line of Actual Control, (LAC) where the Indian soldiers take one the PLA troops. In the opening scene of the trailer, the soldiers can be heard talking in Punjabi, hinting that there would be an incorporation of vernacular languages.

The description in the game’s Play Store listing description states, “High up on the peaks at India’s northern border, an elite fighting group projects the nation pride and sovereignty. It is a daunting task, for the most courageous. The fearless and United Guards. Join a special unit of FAUG commandos on patrol in dangerous border territory. Come face to face with the Indian enemies as you engage with hostile invaders on Indian soil”.

X
Jake Paul vs. Ben Askren: The best meme reactions to their fight announcement…SportsThe internet went crazy with Jake Paul's announcement that he will be fighting former UFC welterweight Ben Askren in a boxing match on April 17.Reacti…
close