Home General From US elections to Korean War anniversary, our best original international reporting for 2020

From US elections to Korean War anniversary, our best original international reporting for 2020 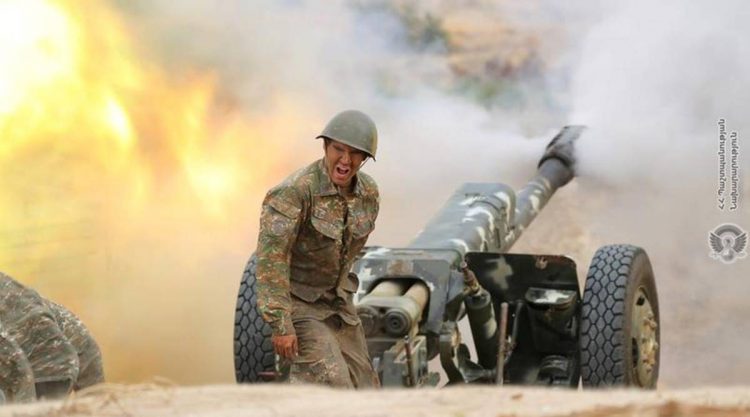 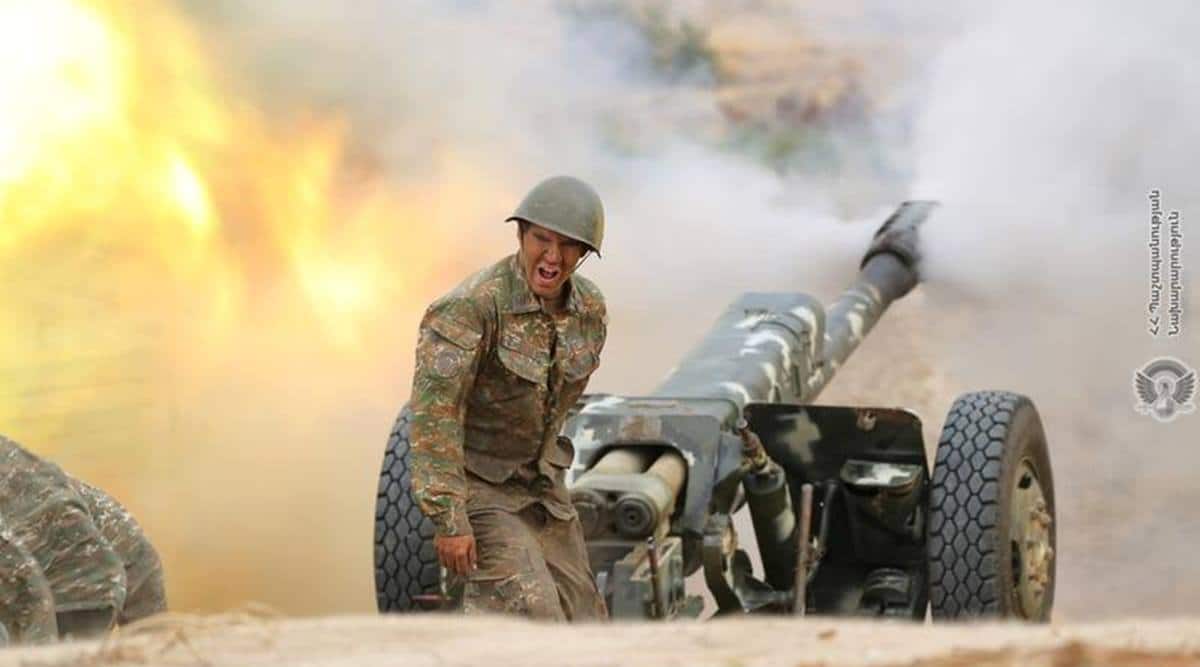 We also reported on how amid the Nagorno-Karabakh conflict, Indians were backing Armenia on social media and on the ground. (Photo: Reuters)

This year, reporters at indianexpress.com were faced with a unique set of challenges, much like our colleagues elsewhere around the world: reporting on global stories from within the confines of our homes.

While the Covid-19 pandemic dominated headlines and our collective thinking, there were also geopolitical developments, wars, conflict, and landmark commemorations that the newsroom had a responsibility to cover and to ensure that they weren’t missed. Here is a selection of original international reporting done for the website this year.

The year marked the 70th anniversary of the Korean War and it was the appropriate time to highlight India’s unique role prior to, during and after the war was halted in July 1953. We spoke to surviving Indian veterans of the war, researchers and diplomats for their unique perspectives, to provide a comprehensive longform story on India’s role in the war that altered the Korean Peninsula and the impacts of which continue to be felt in the East Asia region at large. 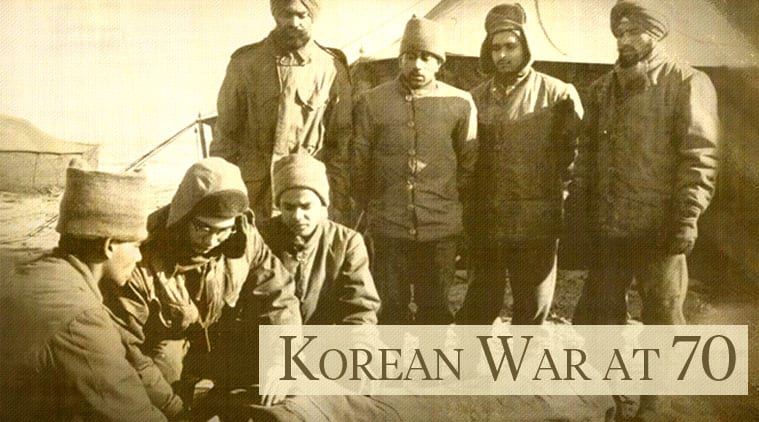 We also marked the 70th anniversary of the Korean War through a special longform story on why Ethiopia took on a combative role in this war, in a country so far away, that few of its soldiers had even heard of it prior to their arrival in the Korean Peninsula. We attempted to piece together domestic and geo-political decisions that resulted in Ethiopia’s participation in this distant war, and interviewed a surviving veteran of the Kagnew Battalion in Addis Ababa to anchor this special report.

As autumn draws to a close in South Korea, it also brings an end to the year’s cricket season in the country. In October 2019, our reporter spent some time reporting from Incheon, South Korea, on how South Asian immigrants have been single-handedly keeping alive this beloved sport in a country obsessed with baseball, where few have heard of cricket and one that only got its first cricket ground in this past decade. 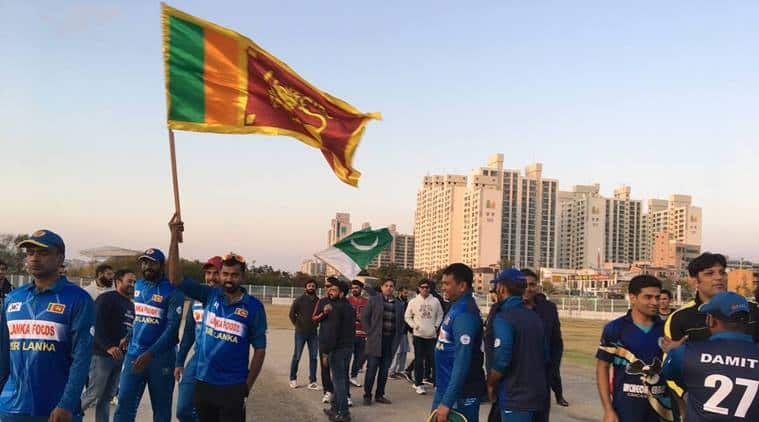 In October 2019, our reporter spent some time reporting from Incheon, South Korea, on how South Asian immigrants have been single-handedly keeping alive this beloved sport in a country obsessed with baseball.

That story also provides a brief back-story on how the sport arrived in the country in the 1990s. But it would be doing cricket a disservice if it were to be dismissed as a mere sport for South Asian immigrants in South Korea; for many Indians, Pakistanis, Bangladeshis and Sri Lankans, it is an important connection to their culture, motherland and fellow citizens.

After fighting broke out between Armenia and Azerbaijan in Nagorno-Karabakh in September, we reported on the conflict from a unique perspective: India. There are a few thousand Indian citizens who have made Armenia their home, temporary for some and permanent for others, and there are several hundred Armenians who live and study in India, mostly in Kolkata.

One of our first stories focusing on the Nagorno-Karabakh conflict was a report on how one Indian restaurant, among the handful in Armenia, had been helping displaced people by providing fresh meals every day. Along with our reporting, we also produced a video story on this, and were among the first publications to discover and report on this restaurant’s initiative.

Our second story on the Nagorno-Karabakh conflict focussed on how young Armenians, many of whom had spent their formative years in educational institutions in Kolkata and elsewhere in India, were signing up for military duties back home in Armenia, and what was driving them to fight for their country.

Following up, we also reported on how amid the Nagorno-Karabakh conflict, Indians were backing Armenia on social media and on the ground. After noticing several Indian social media accounts openly expressing support for Armenia, our reporter delved into these trends to find how the Australian Strategic Policy Institute, a non-partisan think tank, had also observed something similar. 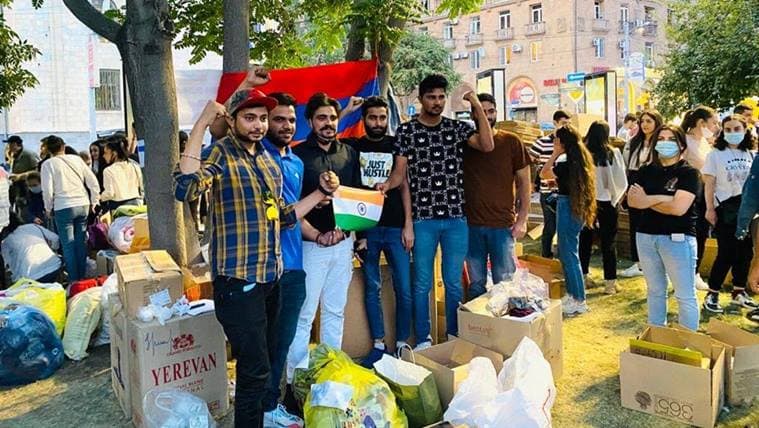 Following up, we also reported on how amid the Nagorno-Karabakh conflict, Indians were backing Armenia on social media and on the ground.

While Indian social media accounts were using hashtags like #IndiasupportArmenia, #IndiaStandsWithArmenia and #indianswitharmenia, on the opposite side, reflecting Turkey and Pakistan’s support for Azerbaijan in the three-decades long conflict, were Pakistani and Turkish accounts pushing their own similar hashtags, tweets and posts. Our reporter interviewed India’s former ambassador to Armenia and Georgia and several Indian citizens living in Armenia to understand why.

With Election Day in the US that was scheduled to be held on November 3, we produced a special news package focussed entirely on the elections, across our various verticals, including research pieces, explainers, daily news wraps, video stories, editorials and original reporting. Reporters at indianexpress.com focussed on various themes that were particularly relevant to Indian and Indian-American readers, but would resonate with a wider readership as well.

We explored what first-time Indian-American voters, a group that constitutes 1% of the US population and is becoming increasingly influential in American politics, was thinking when voting in the 2020 Elections. For this story, our reporters interviewed voters across various age groups, around the United States, with varying political affiliations, to understand what ordinary people in this community wanted. 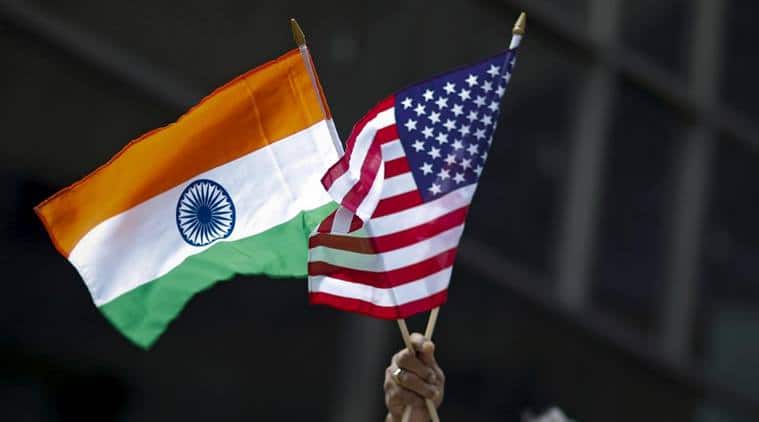 Reporting on elections tends to drive attention towards the people who will vote: the citizens. But we wanted to ensure that we also captured the voices of prospective immigrants; in this case, those who aspire to make the US their home or live in the country for a considerable length of time. So we turned to Indians enrolled in educational institutions across the country to understand their concerns, fears, hopes and dreams in what was one of the most contentious elections in US history, with real consequences for immigration policies that could impact the lives of these students.

Our reporter spoke to executives in Silicon Valley to understand voting patterns, how the 2020 elections were different and how the results of the elections would impact the industry at large, particularly Indian employees. As the situation deteriorated, there were concerns that the conflict could spill out of the country’s borders and impact the Horn of Africa region at large.

Just as the crescendo of the US elections was subsiding, a potential civil war started brewing in the Horn of Africa, with the Ethiopian government involved in an armed, domestic conflict against forces in the country’s northern Tigray region. As the situation deteriorated, there were concerns that the conflict could spill out of the country’s borders and impact the Horn of Africa region at large.

With access to the Tigray region curbed and communication lines suspended, several hundred Indian citizens, employed in factories and in similar commercial enterprises and at institutions of higher education across Ethiopia, found themselves stranded, unable to communicate with their loved ones back home in India. Our reporter’s interviews with a few families in India revealed that evacuation from Ethiopia wasn’t going to be a straightforward process: for many Indian workers in Tigray, it was a matter of a paycheck, without which they were unwilling to leave.