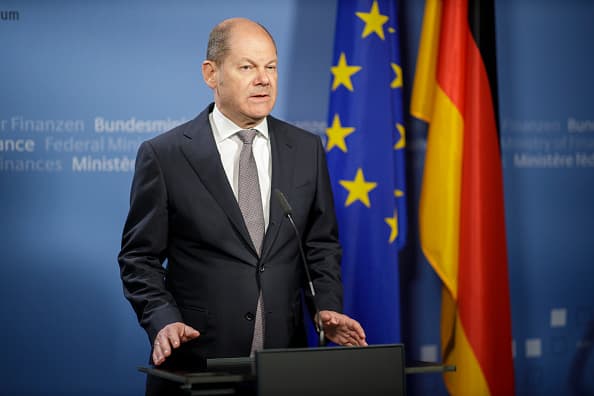 LONDON — Silicon Valley tech firms look increasingly likely to face new global tax laws this year, as the change in the White House fuels optimism among European officials that an agreement will soon be reached.

Speaking to CNBC’s Annette Weisbach on Thursday, German Finance Minister Olaf Scholz said it was now “highly likely” that a deal on tax will be struck before a summer deadline at the OECD level.

“I’m really confident that we’ll get an agreement,” he said, just one day after speaking to new U.S. Treasury Secretary Janet Yellen via telephone.

Yellen backed calls for a new global levy on tech giants during a Senate confirmation hearing last week. She’s also pledged that the U.S. will actively participate in the negotiations with other OECD nations, after the previous administration decided to pull out of the talks in the summer of 2020.

It is highly likely that we will get the success we are working for so hard.

The OECD wants to have an international agreement on how to tax tech giants by the summer, after failing to reach a deal in 2020.

Despite the lack of consensus at the OECD level, some European countries have implemented their own digital taxes, including Spain, Italy and France. The latter was the first country to demand payment from the digital giants, while the other nations have put the taxes on hold while waiting for the outcome of the OECD talks.

If the OECD talks fail again, the European Commission, the executive arm of the EU, is expected to announce an EU-wide digital tax. This levy would have to be approved unanimously by all 27 EU nations, which has proven challenging in the past.

Differences on how to tax these companies had been the cause of a transatlantic dispute during the presidency of Donald Trump, who threatened to impose tariffs on German carmakers on different occasions.

‘We have to agree in summer’

“It is highly likely that we will get the success we are working for so hard,” Scholz said Thursday.

“And the new administration gave me the impression that they understand the need for an agreement in this field and that they will work on solutions together with all of us, which I think is a big, big success. And anyone knows that the timetable is very strict, we have to agree in summer,” Scholz said Thursday.

The German minister praised his new U.S. counterpart more broadly after their conversation Wednesday. He said the “pragmatic approach” in the U.S.-European relationship appeared to be returning, adding that there was a “good chance for a new transatlantic partnership.”

French Finance Minister Bruno Le Maire has also welcomed the support of President Joe Biden’s administration over the proposed global tax. Speaking at a Davos Agenda panel on Monday he said he believed a multilateral agreement could come into force as soon as this spring.

“I think it is very good news that the new Secretary for the Treasury Janet Yellen just explained that she was open about the idea of thinking about a new international taxation with the two pillars: First of all, digital taxation and, of course, also a minimum taxation on corporate tax.”

“I think we are on the right track. There is a possibility of finding an agreement on this new international taxation system by the end of this spring 2021. And I can tell you that we will do our utmost efforts to pave the way for an agreement,” Le Maire told CNBC’s Geoff Cutmore.