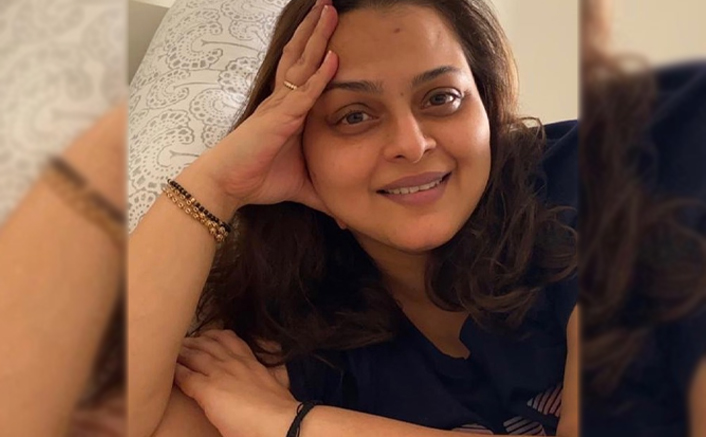 While India is gearing up to introduce COVID-19 vaccination in the country, actress Shilpa Shirodkar becomes the first Bollywood celebrity to get the vaccine. The actress took to social media and shared a picture of her and a small bandage is spotted on her arm.

The actress, who is currently living in Dubai, shared a picture where she is seen wearing a mask and a small bandage showing on her upper arm. Sharing the pic, she wrote, “Vaccinated and safe! The new normal… here I come 2021. Thank you, UAE.” Take a look at her post below:

Shilpa Shirodkar is one of the leading actresses in Bollywood during the 90’s era. She made her debut in Bhrashtachar in 1989. The film also starred Mithun Chakraborty and Rekha. She then appeared in films like Kishen Kanhaiya, Trinetra, Aankhen, Khuda Gawah, Yodha, Hum, Gopi Kishan, Dil Hi Toh Hai, and Bewafa Sanam.

The actress took a break from acting after appearing in 2000 film Gaja Gamini and in the same year she also got married to a banker named Aparesh Ranjit. She is also the sister of former actress and Mahesh Babu’s wife, Namrata Shirodkar.

Shilpa Shirodkar also appeared in ‘Guns of Banaras’ helmed by filmmaker Sekhar Suri. Although the film was shot in 2014, it was released last year. The film also marks the last appearance of Bollywood legend Vinod Khanna, who breathed his last in 2017.

Apart from films, the actress has also been a part of television shows like Ek Mutthi Aasmaan, Silsila Pyaar Ka and Savitri Devi College & Hospital.

Meanwhile, news agency ANI reported that dry runs for the vaccine kickstarted in India. Health Minister Dr Harsh Vardhan said to the news agency, “In the next few days, in the near future, we should be able to give these vaccines to our countrymen. It will be given to our healthcare professional followed by frontline workers.”

Must Read: Did you Know? Ali Abbas Zafar’s Wife Alicia Had Shook A Leg With Salman Khan In A Film