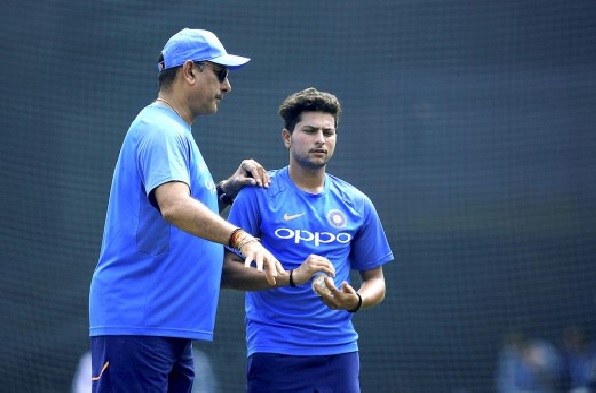 Kuldeep Yadav was once again ignored from the Indian playing XI which took the field in the first Test against Chennai. The much-awaited Test series finally got underway, however, the mystery spinner’s omission from the playing XI raised a few eyebrows. The Indian team suffered a blow with allrounder Axar Patel getting ruled out of the first Test after complaining of pain in his left knee at the training session on Thursday.

The BCCI announced the inclusion of Shahbaz Nadeem and Rahul Chahar in the squad. But when the playing XI was announced for the first Test by skipper Kohli, Nadeem made it into the team along with spinners Ravichandran Ashwin and Washington Sundar, but Kuldeep was left out. The left-arm spinner has not been a part of  last 13 Test matches for India despite being in the squad since playing his last Test in February 2019.

Meanwhile, former Indian wicketkeeper-batsman Deep Dasgupta said that the chinaman deserves an answer for the team management after being ignored from the playing XI for over two years now.

Dasgupta further said that the team management needs to have clear plans for Kuldeep Yadav, who is a matchwinner and has a lot of cricket left in him as per the former cricketer.

Twitterverse reacted in surprise after the left-arm chinaman was left out of the playing XI for the first Test.