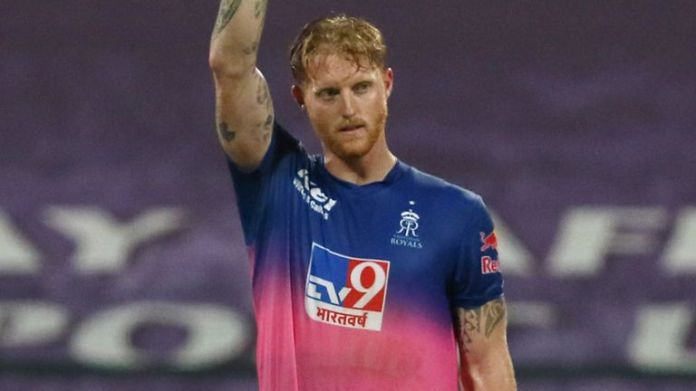 England and Rajasthan Royals all-rounder Ben Stokes is undoubtedly an X-factor for any team, regardless of any format of the game. Ben Stokes is one of the high-profile cricketers in the Rajasthan Royals and a genuine match-winner across facets. The New Zealand-born cricketer remains wary of defending champions Mumbai Indians but reminded that the Royals hold the wood over them.

The 2020 edition of IPL saw Ben Stokes play a breakthrough knock of 107* to lead Rajasthan Royals to a crushing win over the Mumbai Indians in Abu Dhabi. Stokes, who opened the batting, could not amass any significant score before that and the camp’s decision came under criticism. But the left-handed batsman thwarted Mumbai Indians’ reputed bowling attack by making a mockery of the target 196. Both have won 12 matches each, having played 25 of them, with one resulting in abandonment back in 2009. Rajasthan have also won five out of the six games played against Mumbai.

Ben Stokes acknowledged that Mumbai Indians and Chennai Super Kings are two of the most prolific sides in IPL; however, he said they have a superior record over the former. Simultaneously, the 29-year old hopes to fare the same against every other side.

“Yes, always! They are one of the prolific teams in this competition, along with Chennai, but personally, our record is very good against the Mumbai Indians. It’s great that we always have the wood over Mumbai but it would be great to have it over every other team as well,” Stokes said as quoted by ANI News.

Ben Stokes opened up on his batting position, revealing that he is yet to have clarity, but he might play the same role he did last year. The seam-bowling all-rounder admitted that last year was disappointing as the Royals finished at the bottom of the points table; however, Stokes stated several teams were still vying for a play-off spot towards the end of the tournament.

“I haven’t had too many discussions about where that is but I’d like to think that I’d play a similar role this year as I did at the top of the order. Last year was obviously disappointing. Yes, we finished bottom of the table but I think it’s not as simple as that. There were a lot of teams still vying for a play-off place towards the back-end of that competition,” he added.