Home EntertainmentBiggBoss Jasmin Bhasin: Realising my love for Aly was the best part about Bigg Boss 14

Jasmin Bhasin: Realising my love for Aly was the best part about Bigg Boss 14 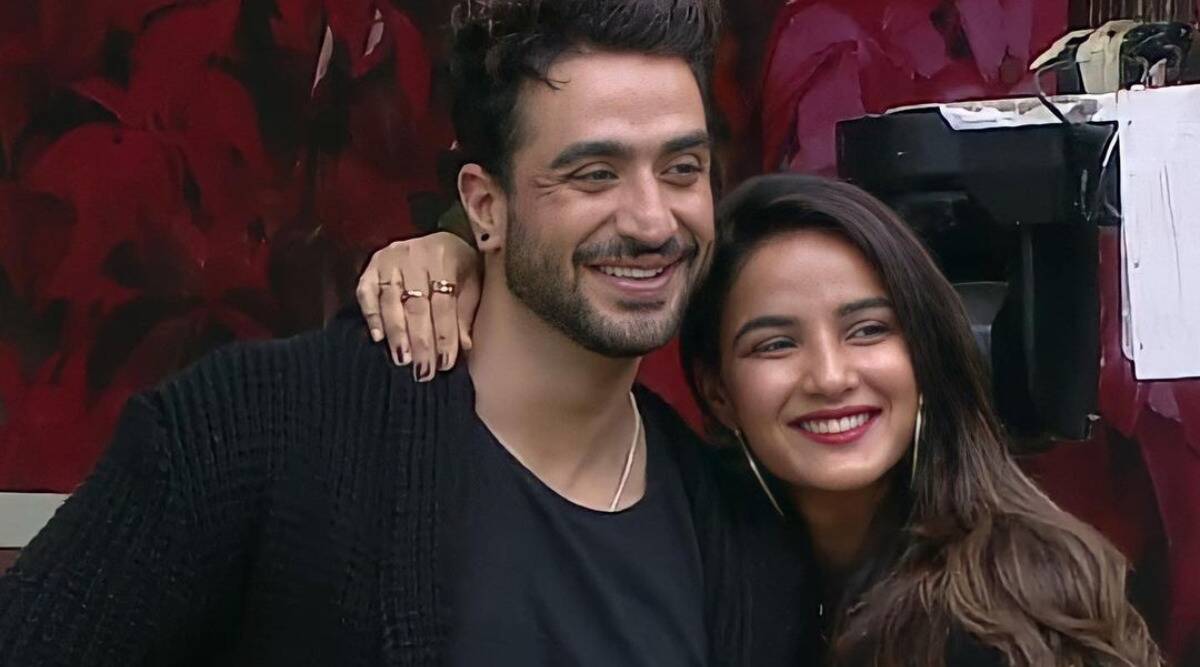 On Sunday, in a shocking twist, Jasmin Bhasin was evicted from Bigg Boss 14 house. The popular television actor was nominated along with Aly Goni, Rubina Dilaik and Abhinav Shukla. Her exit left host Salman Khan in tears, and her bestie Aly had a breakdown.

Post her elimination, the Dil Se Dil Tak actor spoke exclusively to indianexpress.com about her journey, realising her love for Aly in the show and how being real was more important to her than the trophy.

Here are excerpts from the conversation.

Your eviction was quite emotional. Even Salman Khan couldn’t hold his tears. What was going on in your mind then?

Since all four contestants were very strong, it was an equal chance for any of us to get evicted.  As for the emotions, given it was a heartfelt strong connect, tears were bound to arrive. While I was very upset, I am happy that Aly got saved. Now we can all hope he comes back with the trophy. And Salman sir is a sweetheart, and he has been so supportive and loving towards us.

(Cutting in) But then life is never fair, na? Honestly, I have made peace with whatever happened. I think it was destiny’s plan. I was supposed to stay for these many days in the house.

You and Aly have always maintained that you are just friends. When did you realise that you were in love?

It’s not like one fine day we woke up thinking we were in love. It has always been there but we never accepted it. We always had a mutual understanding to not complicate things between us or risk our friendship. However, when we were apart, emotions overpowered all logic. We decided to stop living in denial and accept our feelings. And now it’s just beautiful.

So is marriage on the cards, as hinted by you both on the show?

(Laughs) It will happen but it’s a very big decision. Once Aly is out, we’ll sit and discuss things. We will also have to get our families together, and then go ahead with whatever is best for us.

Did you speak about Aly with your parents? Them not acknowledging Aly during the ‘Family Week’ seemed to have upset him.

Whatever they said was from the game’s perspective completely. Every parent wants their child to be the winner. As for Aly, they are very cool about us. There is no objection from them but of course, there is a lot to be discussed with both families.

Over the past few weeks, housemates and the audience have been questioning the change in your behaviour. You have even earned the nickname “Jas-mean” on social media.

Trolls and haters are everywhere, and I am really not bothered about them. I am a person who has these extreme emotions. I cry a lot, and if I am hurt and have to fight, I will go full-on. Also, I never pretended to be someone. I am really proud of myself that I took the right stand wherever it was needed. I have actually come out with way more love than what I had when I entered the show.

Also, tell us what exactly caused a rift in your friendship with Rubina Dilaik? You guys seemed to get along so well.

It all happened during the panchayat task. While I have always loved her as a friend, I was shocked to realise she had a very different opinion about me. That’s how things started getting worse between us. She is playing a game and is manipulative and tries to create a narrative about everyone. I don’t blame her as this show requires one to pull others down in order to shine. And hence, I don’t hold any grudge against her, nor do I hate her.

When Kashmera Shah got evicted, she said that you and Rubina mistreated the challengers and even looked down upon them.

I never mistreated the challengers, rather, I would stop others from doing that. Without even telling anyone, I have cleaned and worked for them. Just because some people had a personal grudge against me, others also followed suit. They accused me of all this when I have been really nice to them.

Do you feel you were portrayed negatively by the makers?

I know people watch only a part of what exactly transpires through the day in the house and then judge contestants on that basis. However, I don’t believe in positive or negative images as they are all part of me. Just because someone is cute, doesn’t mean they do not get angry. What really matters to me is that I stayed true to myself. Bigg Boss did not change me or the opinions of people who love me.

If you could go back in time, would you want to change anything in your journey?

Not really, except maybe the way I reacted after my fight with Rahul Vaidya. I am guilty of just that but then, it was a natural instinct.

Lastly, what has been your biggest takeaway from Bigg Boss 14?

(Smiling) The feeling of falling in love, and realising it. That was the most beautiful thing to have happened to me on the show.