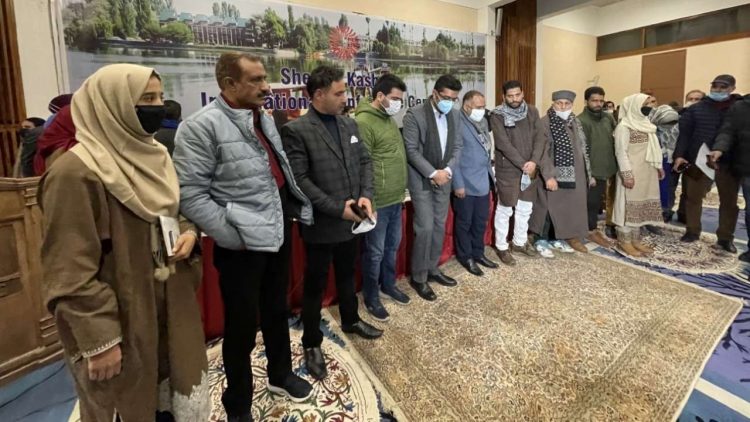 For the first time since independence, the draft of the District Development Council (DDC) members’ oath did not have a mention of the Jammu and Kashmir constitution.

It is for the first time in the history of Jammu and Kashmir that the candidates who won the elections were sworn in the name of the Constitution of India alone.

The main ceremony in Srinagar was held at the Sher-e-Kashmir Convention Centre, where 14 members from the DDC in Srinagar were administered the oath.

The language of the oath said, “I _______having elected as member in district development council do swear in the name of God/solemnly affirm that I will bear true faith and allegiance to the constitution of India as by law established and that I will uphold the sovereignty of India.”

After taking the oath, all the candidates said that they will work for the development of their areas with all dedication so that Jammu and Kashmir will move towards prosperity and peace.

“Today is time of great happiness for the country, today for the first time we raised slogans here, Jai Hind, Bharat Mata ki Jai. I congratulate the whole country for this. I am sure that India’s tricolour will be hoisted in every house in Kashmir. The DDC election will strengthen democracy here and the mission of Narendra Modi ji that there should be development in Kashmir will be strengthened. We will work for development. So that when India is talked about in Kashmir, it will be of democracy, then our India will be the number one,” said Engineer Ejaz.

With the swearing-in of the DDC elections, the process of the Panchayati Raj in Jammu and Kashmir is completed, and now, people hope that the development, which the elected members have promised, will be done on the ground too.