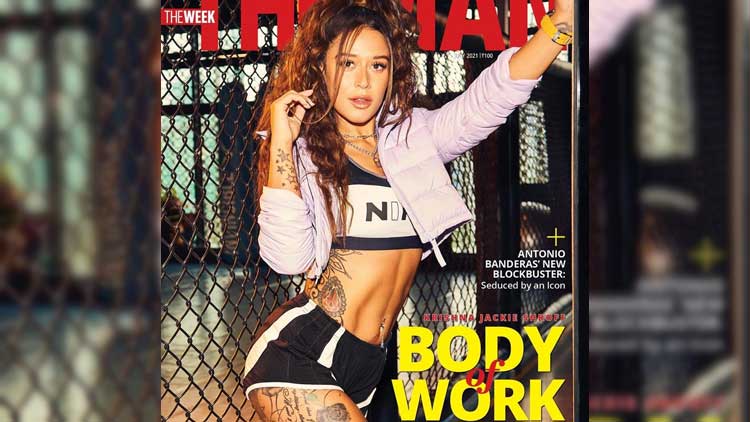 After making her music video debut, Krishna Shroff has graced the cover spread of health and fitness magazine, The Man, for the entire month of July.

Krishna Shroff, a noted influencer on social media, has graced the cover spread of The Man magazine, talking about her fitness mantra and food habits. She captioned the post, “Your competition isn’t other people—It’s your procrastination, it’s the unhealthy food you eat, it’s the knowledge you neglect, and it’s the negative energy you tolerate. Compete against that”

Flaunting her perfectly physique, Krishna is definitely raising the temperature on the cover spread.

Krishna says it was a perfect concept for her to be a part of. She shared the music video on her official social media handle and wrote, “#KinniKinniVaari out NOW on @bgbngmusic’s official YouTube channel! Go check it out and show some 🖤. #KKV #NotYourBabe”.

The song is created by UpsideDown, ICONYK, and Raashi Sood, the song revolves around the concept of powerful women and is presented by Big Bang Music.