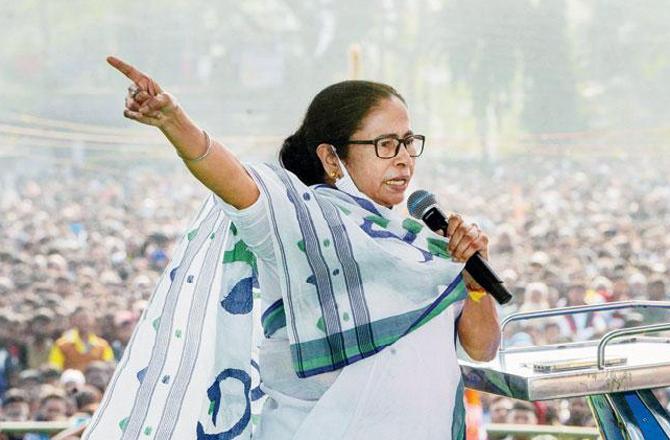 Hitting out at the BJP-led central government, West Bengal Chief Minister Mamata Banerjee on Monday questioned Centre as to why Christmas is not declared as a “national holiday”.

“Last year and earlier also I said, Why Jesus Christ’s birthday will not be declared as a national holiday? You tell me it was there earlier. Why has the BJP government withdrawn that? Everybody has sentiments. What harm have Christians done? This festival is celebrated throughout the world. This time yes there are some problems due to COVID-19 pandemic. We have to wear masks and maintain social distancing,” Banerjee said while speaking at a Christmas carnival at Allen Park in Park Street area here.

“Is there secularism in India? I am sorry to say, a typical religious hatred politics is going on. I want to condemn this today,” she said.

Christmas is a gazetted holiday, as per the National Portal of India.

After Union Home Minister Amit Shah had earlier accused the TMC-led West Bengal government of corruption and anarchy during his two-day tour of the state over the weekend, Chief Minister Mamata Banerjee said he was telling lies.

“Amit Shah has spoken lies. He claimed our state is zero in industries but we are Number 1 in the MSME sector. He claimed we cannot build rural roads but we are also Number 1 in that. This is based on the Government of India’s data,” Banerjee said during a press conference earlier in the day.

She added the Bharatiya Janata Party (BJP) is “cheatingbaaz (cheat)”. “It does not suit the home minister to tell lies just for political mileage. For politics, they can do and say anything.”