Home Anime One Piece: Will Yamato Join the Luffy’s Crew? 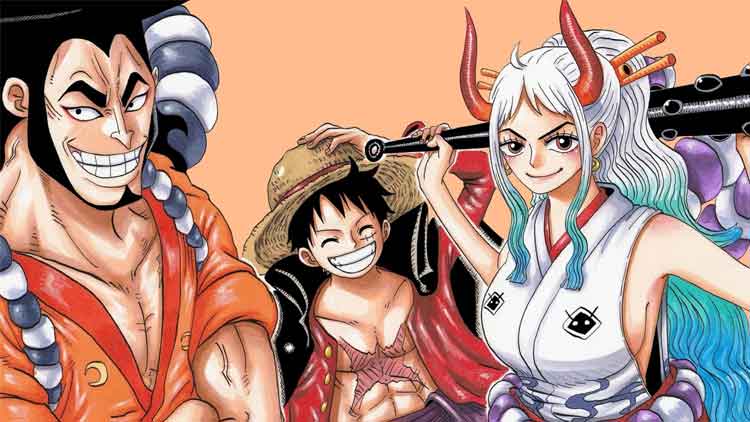 It’s been four years into the Wano arc and 2022 is the year where we might get the conclusion to this superb 4th series of the FOUR EMPERORS SAGA in One Piece.

Jinbei, the First son of the sea and a former Warlord, has made his return to the Straw Hats crew as the latest member; but not even one arc has ended and we see another potential crew member in Kaido’s very own daughter “YAMATO”.

Yamato 1st appeared in the One Piece anime episode 972. She developed a profound admiration for Kozuki Oden. After his death, Yamato chose to become Oden, by adopting his name and mannerism. This resulted in her getting at odds with her father and resulted in her being imprisoned on Onigashima for much of her life by seastone shackles which kept her from fleeing from the island.

Luffy and Yamato meet on an odd note as being the daughter of the enemy does not develop trust but after having a conversation about how Yamato hates her father and after knowing Yamato’s past with Ace, Luffy warms up to Yamato and puts his trust in her.

Ace met Yamato on the Onigashima island when he visited the land of Wano. They fought with each other and developed a strong friendship with their colliding hatred for Kaido and for the love of adventure. Ace talked with Yamato about his brother Luffy and his belief that one day he will become the King of the Pirates. Yamato was instantly interested in Luffy. Ace promised Yamato that he will let her join his crew when he returns to Wano next time to take down Kaido, but sadly he was not able to fulfill his promise which led to speculations that Luffy will be the one who carries Ace’s promise to Yamato.

With Yamato calling herself Kozuki Oden and Oden himself being a crew member of the King of the Pirates Gold D. Roger obviously points towards a huge possibility of Yamato being in Luffy’s crew as he might become the Future Pirate King. Along with that as we are entering the final few arcs of One piece there is a big need for a strong crew member as the upcoming obstacles of the Straw Hats might be the Admirals and the world government themselves.

Black beard crew are also a huge threat and for all we know, Shanks might not let Luffy pass him just because they are friends. To tackle the final few bosses of One Piece, they definitely need the strengths in Yamato.

Oda is known for his unpredictable writing style and it’s difficult to imagine that Yamato will join the crew this easily. He likes to put twists and turns in every little occasion in One Piece and that’s what makes predicting One Piece difficult and fun. We will surely see some extraordinary drama with Yamato joining the crew which she possibly will.