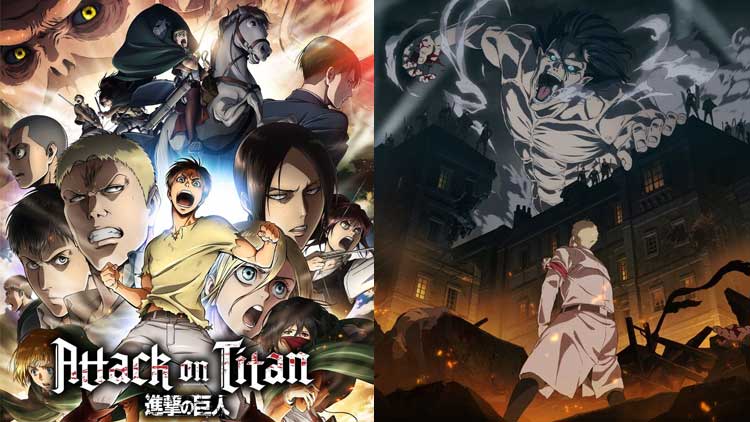 It doesn’t matter if you’re an avid anime/manga geek there are some names that get etched into one’s mind when they hear the word ‘anime/manga’ and “Attack On Titan (AOT)” is unanimously one of them.

Winter 2022 is approaching so as the last part of the Final Season of Attack on Titan and there can’t be any better time to jump into the cosmos of the AOT world.

Warning: This show isn’t for faint-hearted ones, Huge violence, tragic backstories, and gory fight sequences but there are 100 more reasons to watch this modern-day masterpiece.

So here’s a guide/ rationale for watching this Shounen but not so Shounen kind of show! (As the title says)

“Shingeki No Kyojin” popularly known as Attack on Titan is a manga series written and illustrated by Hajime Isayama started in 2009 and has officially ended in April 2021 bidding a grand farewell with 100M plus copies sold and still in circulation.

Hajime Isayama rarely has 3-4 works but Shingeki No Kyojin turned out to be his magnum opus, but what captured and attained the proliferation across the globe was the animated series which officially broke records on IMDB, Rotten Tomatoes, and vis-a-vis platforms in all spectrums be its rating, reviews, records, etc. This show is really the most thought-provoking show I’ve ever seen and there’s a reason you’ll know it from this piece!

The world is engulfed with Gigantic brainless cannibalistic humanoids referred to as “Titans” and human civilizations living in compacted settlements in a place/country surrounded by Colossal Walls which restricts the Titans as you glanced through the word ‘cannibalistic’.

Yes (no pun intended). These Titans literally devour humans for fun or hunger is something only they know.

Flash forward to the start of the show – No humans have seen Titans for centuries due to walls and the security of the Military corps, Pols institutions, etc.

Eren Yeager (the protagonist of the show) and his friends Mikasa Ackerman, Armin Arlert just roaming around doing their chores chilling, and every citizen is engaged in their work.

But suddenly they witness something horrific which they haven’t seen in ages.

But our protagonist witnesses an ordeal no one should – Witnessing his mother getting eaten alive in front of his eyes !!! and all he can do is stare and escape with the military corps to other regions.

The lives of the citizens were devastated and Eren Mikasa Armin luckily survived and was escorted to safe regiments within the walls of the neighboring nations.

Since then Eren decides to avenge and kill every single Titan alive and intends to join the Survey Corps – the highest military authority who literally goes outside walls to kill as many Titans as possible but the case is rather the opposite for them, Yes! Casualties are a normalcy element in these works but they’re the need to ensure the survival of humanity.

Now even if the story is something different but you may think of the same cliched element of Revenge Vengeance in it.

But fellow readers this is not as you think.

A normal revenge plot when it will turn into Multitudes of Ancient Histories and culmination of the deeds of pasts would rather say Jews-Nazi discriminations and Hitler allegory along with the attention of the whole world but with a power system and certain conditions. (If you love history you may get this), Also Read: 86 Anime: The Next Attack On Titan.

By this, I’ve given a precisely spoiler-less synopsis.

Levi Ackerman ( Man who possesses the highest number of fans in the series, Has one of the highest Titan kill counts and is a badass, yes every anime has that badass side character)

Mikasa Ackerman (the character who simps the most for the protagonist but don’t go on the face, The ACKERMAN CLAN is ruthless and wild when it comes to combat)

Captain Erwin Smith [(Literally the most badass character of the show, a man literally has got nerves of steel, his speeches will convince you to battle in wars for your nation, :^) you’ll get this )]

And many more characters who have their own backstories which compel you to think about which side should you allegiance with ☺.

Believe me, this is one of those shows which doesn’t have a single boring/bad episodes

Now the show has 4 seasons

Well summarised
I’m sure a lot of people will start watching this amazing show after reading this!