Home EntertainmentBollywood Remo D’Souza recalls the day he suffered a heart attack; says it was the scariest time of his life

Remo D’Souza recalls the day he suffered a heart attack; says it was the scariest time of his life 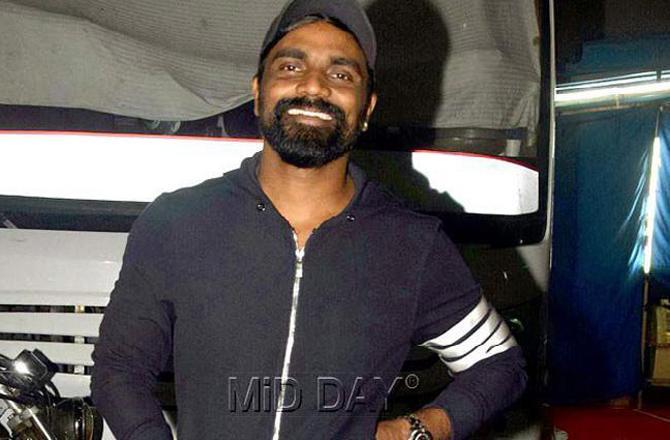 Choreographer and director Remo D’Souza suffered a heart attack on December 11 and was rushed to a hospital in Andheri, Mumbai, where an angioplasty was performed on him. Remo’s friend Mahesh Kukreja told IANS, “On Friday morning Remo was admitted at the Kokilaben Hospital following some heart issue. There were some blockages due to which an Angioplasty was performed by the doctors. Now he is doing fine according to the doctors. We are here, he is my family friend and we assure that please do not worry, everything is under control.”

Now, Remo is well and has returned home. The 46-year-old choreographer shared on Instagram, “Thank you all for the love, prayers and blessings I am back… thank you @gabrieldsouzaaa @_adonis_ and @edie_rockwood for the beautiful welcome back … and thanks to all my friends.”

In a recent interview with ETimes, Remo D’Souza opened up about the fateful day and how prayers are what got him through. He recalled, “It was just a regular day. I had my breakfast and went to the gym. Lizelle (wife) and I share the same trainer, who was already training her. So, I was waiting for my turn, and in the meanwhile, I did some brisk walking on the treadmill and stretching on the foam roller. Then, I was just sitting idle, waiting for my turn. As soon as Lizelle finished, I got up, but I started feeling pain at the center of my chest. Since it wasn’t in my left arm, I thought it was because of acidity. So, I drank water. But the pain was still there, so I told my trainer that we should cancel the training for the day.”

He added, “When Lizelle and I took the elevator to go up, I pressed the lift button and sat down. Once I stepped out of the lift I started coughing and I even wanted to throw up. Lizelle saw my smartwatch, which checks on the heartbeat and ECG and the screen prompted ‘Are you not well?’ This pain was something that I had never experienced in my life. On reaching the hospital, we were told by the doctors that it’s a major heart attack.”

Calling it the scariest day of his life, Remo said, “I am told that my right artery had a 100 per cent blockage. Usually, a normal human heart works at 55 per cent and when I was taken to the hospital, it was working only 25 per cent. It is probably hereditary, pre-workout session or work stress. They are trying to figure it out and I am dying to know. A lot of people think I take steroids, which is not true at all. I believe in having a natural body.”

Remo D’Souza also expressed gratitude towards anyone who prayed for him. “I think I just got saved because of the many prayers and the blessings that came in. I have realised we have only one life to live. When I was at the hospital and I closed my eyes, I thought that if I go, I will be remembered for a few days and then people will start forgetting me. So, this one life is the most precious gift,” he said.

On the professional front, Remo made his directorial debut with the campus-comedy FALTU in 2011 and went on to direct films like ABCD, ABCD 2, A Flying Jatt, among others. He has been associated with Hindi cinema for more than 25 years.

Also read: Remo D’souza’s Wife Thanks ‘Angel’ Salman Khan: Thank You So Much Bhai For Always Being There