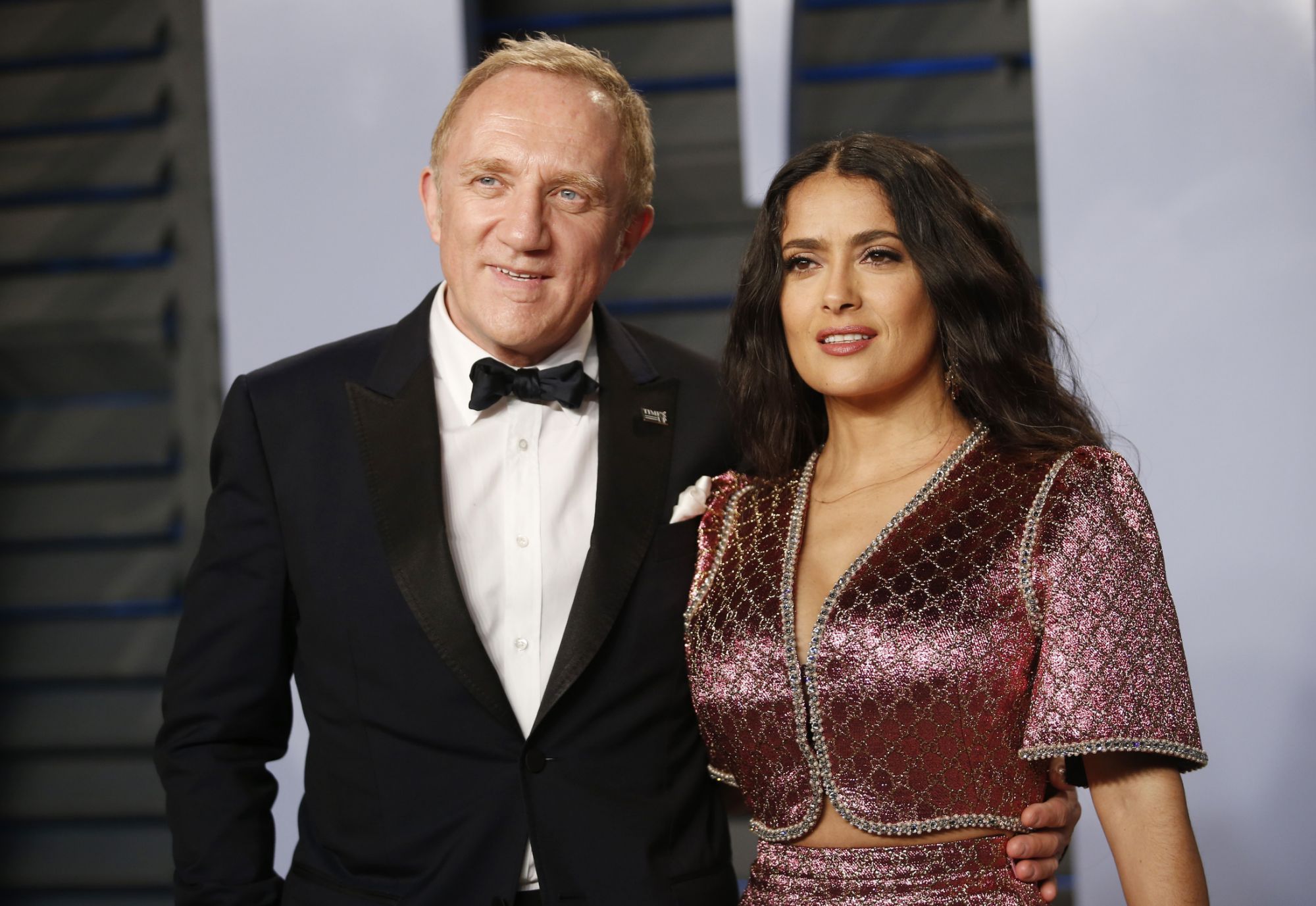 Salma Hayek is shooting down rumors that she married her husband, billionaire François-Henri Pinault, because he’s rich. Married since Feb. 14, 2009, the couple just celebrated their 12th wedding anniversary, and are parents to 13-year-old daughter Valentina.

Speaking on Dax Shepard’s Armchair Expert podcast on Monday, the 54-year-old actress responded to speculation over her relationship with the Frenchman, who is CEO of the luxury fashion group Kering and oversees brands including Gucci, Alexander McQueen and Yves Saint Laurent. Shepard himself admitted that prior to meeting Pinault, he too wondered if their marriage was a superficial one.

“I was like, oh, OK, she married a rich guy, maybe that’s why she married him, I don’t know,” the actor recalled once thinking. “I meet him and I’m like, this guy is so foxy — oh my God, the confidence, his eyes, he’s so good-looking and charming and I was like, oh, this motherf***** could’ve been broke. He’s a bombshell.”

“What a f*****g nice, fun, generous, kind, warm guy — but beyond that, he’s super-sexy too,” he told Hayek, who agreed that her husband is “the best.” But she added that people who don’t know him or see their connection have often assumed that she’s in it for his fortune.

“You know the thing is that in pictures you cannot begin to guess the magic in him,” the Oscar nominee said. “He’s made me become a much better person, and grow in such a good, healthy way. And you know when I married him, everybody said, ‘Oh, it’s an arranged marriage, she married him for the money. I’m like, ‘yeah, whatever, bitch.’ Think what you want: 15 years together, and we are strong in love.”

But Hayek says she’s “offended” by such speculation.

“I’m like, ‘yeah, whatever,'” she told Shepard and his podcast co-host, Monica Padman, who protested that those assumptions were sexist since Hayek herself is a successful woman with her own money. Though Hayek acknowledged that some people do marry for money, she feels wealthy men like Pinault are subject to “discrimination” and stereotyping that gives rise to rumors that they aren’t worthy of real love.

She too felt that way, she admitted.

“And I had that by the way. It was the last thing I wanted — it was not my type at all. And I came in with the preconceptions and he [melted] them all away,” she said of Pinault.

She added that her husband doesn’t fit the stereotype of being “controlling” or a “workaholic” who only thinks about money.

“My guy finishes work, no matter how hard it was — and trust me he has a lot of responsibilities — [with a] big smile on his face, happy to be home, happy to see me and the kids, make us laugh,” she told Shepard and Padman.

“When we go on vacation he completely shuts off, he’s in the moment,” she continued. “And so it’s not just an insult to me — I’m not the one being judged only. ‘Oh, she’s an actor, she’s going for the money.’ They cannot begin to imagine what a joy that human being is.”

Hayek went on to suggest that people buy into such stereotypes because it “gives us comfort to have these archetypes” – something she personally resists.

“Putting things into boxes — I don’t like that, I’m a rebel,” she said.