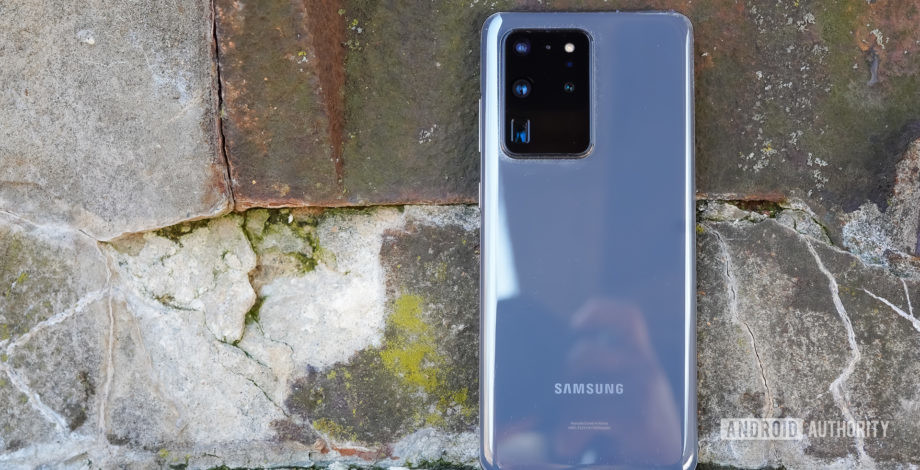 According to SamMobile, the update with firmware version G98**XXS6CUA8 is now hitting the Galaxy S20, S20 Plus, and S20 Ultra in various European regions, including UK, Austria, Bulgaria, Germany, Italy, Romania, Spain, Switzerland, The Netherlands, and The Nordic region.

The update should also reach the Snapdragon versions of the 2020 flagships in the US soon. Apart from the security upgrade, the latest software doesn’t carry any new features.

If you’re still waiting for the update to arrive on your Galaxy S20 phone, head to Settings > Software Update > Download & Install. Keep in mind that it might take a while before all phones in the country can get the update.

Keep in mind that the Samsung Galaxy S20 updates usually roll out to all three devices at the same time. However, different variants of the devices — such as carrier-branded versions and unlocked versions — usually see updates at different times.

Have you not yet purchased a Galaxy S20 phone? Check out the deals below. Head further down the page for the historical information on each Galaxy S20 update.

Samsung Galaxy S20 The latest and greatest from Samsung

The Samsung Galaxy S20, Galaxy S20 Plus, and Galaxy S20 Ultra are super-premium 5G smartphones from the South Korean company. No matter what you’re looking for, the Galaxy S20 line likely has something to suit your needs.

Samsung launched the family of Galaxy S20 phones on February 11, 2020. Pre-orders for the devices started on February 21 and the devices landed in stores on March 6. Every device in the family launched with Android 10 out of the box (skinned over with Samsung’s One UI 2.0, of course).

Samsung has gotten much faster and more regular with software updates as of late. We saw the Galaxy S10 and Galaxy Note 10 families get Android 10 in record time for the OEM. Samsung continued its trend with quick updates with the Galaxy S20 series. The company has already started rolling out Android 11 and One UI 3.0 to select Galaxy S20 devices.

Read: Where can you buy the Galaxy S20 phones?

Before the Galaxy S20 family of phones even hit store shelves, Samsung already began releasing its first update. According to Tizen Help, the update is rolling out to South Korean S20 Ultra devices, and it fixes a few camera issues while also delivering the March Android security patch. This means that when you take your Galaxy S20 Ultra out of the box on March 6, there will likely be an update waiting for you.

Verizon also began pushing out a pre-release update to its Galaxy S20 Plus and Galaxy S20 Ultra variants on March 2. The update is said to bring performance enhancements to both devices and it includes the March security patch.

Shortly after that, the entire T-Mobile Galaxy S20 line began receiving the March security patch too. The update started rolling out while some lucky customers got their devices a few days ahead of the official March 6 launch date.

A second pre-release update was also rolled out to the Galaxy S20 phone. It brought further improvements to the camera performance and overall user experience, including enhanced touch gestures.

Following the release of the S20 series, Samsung sent out a firmware update to the Exynos variants of the phones. The update brought a new version of the camera app (10.0.01.98) to all three Galaxy S20 phones. It also fixed the slow autofocus problem some users were facing on the new flagships. The Snapdragon models gained this update a few weeks later, bringing an improved camera experience too.

In early April, Samsung started rolling out another software update to the Galaxy S20 family. Users stared receiving a 435MB update (build number: G98x0ZHU1ATCT) on their S20 phones. According to SamMobile, the changelog listed an improved camera experience and the April 2020 security patch.

This April update created a bunch of issues on the S20 phones, especially the S20 Ultra which started displaying an unusual green display tint. Users also reported problems with autofocus and charging. Samsung revoked the update on April 20 to fix the problems and then issued a new update a few days later.

Samsung also pushed out the G98xxXXS2ATD5 update at the end of April, bringing the May 2020 security patch and not much else. The June patch followed shortly afterward for the unlocked models, with US carrier-branded models landing a week later.

At the end of June, Samsung started pushing out another update to the Galaxy S20 series with the July security patches. Along with the patch, there were some new features, such as the ability to use a Bluetooth microphone when using a voice recording app. The update also permanently removed the MirrorLink function on the phones. The feature allowed users to mirror their smartphone’s display to their car’s head unit.

On August 3, Samsung started rolling out the month’s security patches for the Galaxy S20, S20 Plus, and S20 Ultra in some countries. According to SamMobile, the update was initially rolled out to Exynos-powered Galaxy S20 models in a number of European countries. It should have also hit the Snapdragon models subsequently. If you haven’t received it yet, you might have to wait a bit longer.

Besides the August security patches, the update for the Galaxy S20 series also brought some stability and performance improvements.

On August 21, Samsung started rolling out the One UI 2.5 update to the Galaxy S20 family. This was a big software update for the S20 series and carried over a bunch of new features that first hit the Galaxy Note 20 when it launched. The update added an improved Pro video mode with the ability to record footage in 21:9 aspect ratio, change the direction of your phone’s mic, and more.

One UI 2.5 also brought features such as wireless DeX that connects your Galaxy S20 to your TV, Audio Bookmark to sync your notes with audio recording, the ability to change the duration of the Single Take camera mode, and more.

At the end of September, the Samsung Galaxy S20 series received firmware version G98xxXXU4BTIB with the September security patch and some camera improvements (h/t SamMobile).

On October 5, the Samsung Galaxy S20 series (excluding the Galaxy S20 FE) welcomed the October security patches (h/t SamMobile). The update carried firmware version G98xxXXS5BTIJ and did not add any new features or optimizations apart from the monthly security patches.

On October 7, Samsung started rolling out the first public beta of One UI 3.0 to users in the US. As detailed in a screenshot by XDA user SmileBigNow, the update came just under 2.9GB and with firmware version number G988USQU1ZTJ3.

A week later, the second One UI 3.0 public beta update hit Galaxy S20 phones in the US, per SamMobile. The update carried firmware version G988U1UEU1ZTJA. No significant changes were mentioned in the changelog, but the update did bring the October security patch in tow.

Towards the end of October, the Galaxy S20 series started receiving its second One UI 3.0 beta update. It carried firmware version G98xU1UEU1ZTJG and was around 600MB in size. There weren’t any major new features added with the update apart from a few bug fixes.

At the start of November, Samsung updated the Galaxy S20 series with the November security patch. The update rolled out to phones running One UI 2.5, not the public beta of One UI 3.0.

The Verizon Galaxy S20, S20 Plus, and S20 Ultra were first to receive the stable One UI 3.0 update on December 2. You can read more about the update on Verizon’s official changelog, but it brings Wireless Dex functionality, more granular home/lock screen controls, and Android 11’s improvements.

Samsung broadened its rollout across the US on December 3, as more Galaxy S20 series users received the stable update. The update also started appearing on some European users’ devices.

On December 7, those on T-Mobile’s network in the US received the Android 11 update. A week later, the update arrived for users on AT&T.

On January 5, Samsung rolled out the first update of the year to the Galaxy S20 series. It brought with it the January 2021 Android security patch. Per 9to5Google, the changelog didn’t describe many changes beyond this. The update itself weighed in at around 235MB.

Here are the current stable versions of each device in the Galaxy S20 family.

Let us know which Samsung Galaxy S20 update you’re rocking in the comments. Also, if you’ve spotted an OTA that we haven’t, tip us!

Looking for another device update? Check out our Android 9 Pie and Android 10 update trackers.