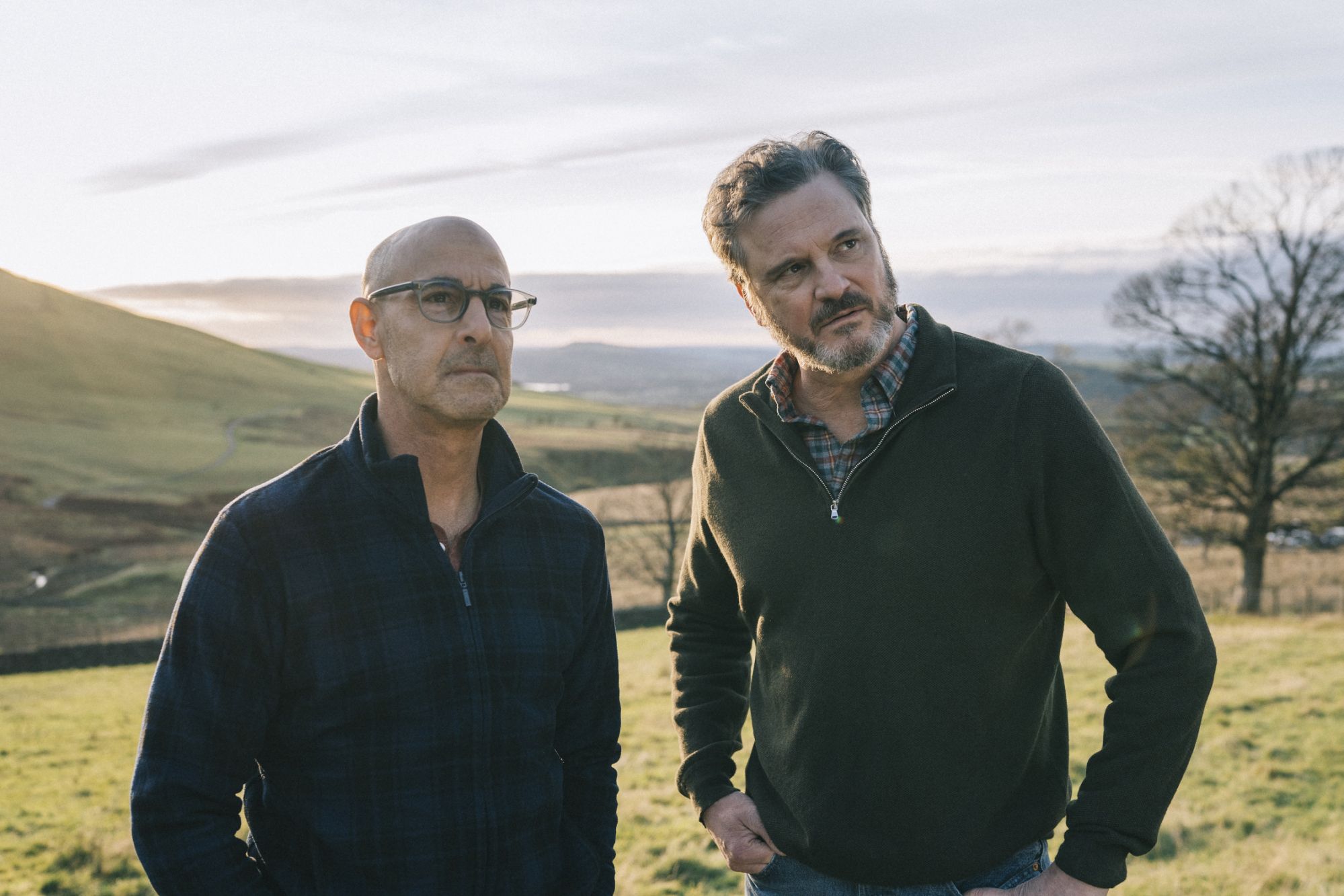 Some movies require a months-long casting process to lock in their stars. But Supernova writer/director Harry Macqueen found his leading men — acclaimed actors and longtime friends Stanley Tucci and Colin Firth — as soon as he finished the screenplay for his intimate drama about a gay couple whose decades-long romance is nearing a tragic end. “Stanley was the first person we gave the script to,” the actor and filmmaker tells Yahoo Entertainment. “He loved it, and had already given it to Colin. I knew that they’d worked together, but I had no idea they were friends. The casting director and I always talked about hopefully being able to work with two actors who knew each other, so to find out they had this shared history was a bit of a home run, really.” (Watch our video interview above.)

But the choice of Tucci and Firth for the movie’s fictional couple also came with real-world baggage. While both actors have played gay characters in the past, Tucci in 2006’s The Devil Wears Prada and Firth in 2009’s A Single Man, in recent years the casting of straight performers in LGBTQ roles has become a more contested issue. On Twitter, some have already taken Supernova to task for continuing what increasingly seems like an outdated practice.

Give queer actors queer roles but also I would die for this couple played by straight men who will definitely do nothing more than hug in sweaters https://t.co/Zj5qoeKY2d

I love Stanley Tucci but they really could have put Rupert Everett in here and at least had SOME representation as well as capitalizing on his documented chemistry with Colin Firth. pic.twitter.com/PJmg5Vnjo1

As the stars reveal, it was a topic they seriously wrestled with behind the camera. “This was a discussion, and it was a very serious one,” says Firth, who plays pianist Sam in the film. “I was undecided for a bit.” Adds Tucci, whose novelist character, Tusker, is suffering from early onset dementia: “It’s always a question, because all you want to do is do it right. You want to be truthful to the film, you want to be truthful to the character and to the community.”

Speaking with the cast of Netflix’s LGBTQ drama The Boys in the Band last year, multiple members of the film’s openly gay ensemble — including Jim Parsons, Matt Bomer and Zachary Quinto — made it clear that they didn’t think that straight actors needed to recuse themselves from playing gay characters. At the same time, they expressed hope that filmmakers would be equally open to casting gay actors in straight roles. “I don’t think we should subscribe to a world in which straight folks come into the queer world and get Oscars, and we can’t even get the opportunity to get into the room to audition for said role,” Robin de Jesús said, referring to such lauded movies as Brokeback Mountain and Dallas Buyers Club. “But also, I want to be able to play straight roles — I want to have that opportunity as well. We need to have more of our own people represent our own people before we can fully have that fluidity, but the goal always is fluidity.”

For their part, Tucci and Firth both say that they’ve had a positive reaction from gay men who have seen the film. “The support we’ve had from queer institutions, queer magazines and newspapers has been phenomenal,” Macqueen adds. Still, all three recognize that alone doesn’t answer the larger questions of onscreen representation raised by the movie’s casting.

“Taking on a role feels like an insufferable presumption,” admits Firth. “You know nothing about this person’s lived experience and yet you are presuming to take a step into it and convince everybody that this is a deeply felt experience. That always feels outrageous to me, but it’s also the job. So I feel like we are then challenged to really explore this with as much sensitivity and integrity and honesty, and make it as personal as you possibly can. Then you just hope it resonates in a way that is somewhat truthful.”

Tucci also points out that while Supernova tells the story of a specific couple, the larger issues that Tusker and Sam confront are faced by romantic partners of all backgrounds. “What I liked about [the script] is that it didn’t matter if it was a gay relationship or a straight relationship. It was just about love and loss.”

Supernova opens in theaters on Friday, Jan. 29 (get tickets at Fandango), and on digital on Tuesday, Feb. 16.

— Video produced by Jen Kucsak and edited by Jason Fitzpatrick