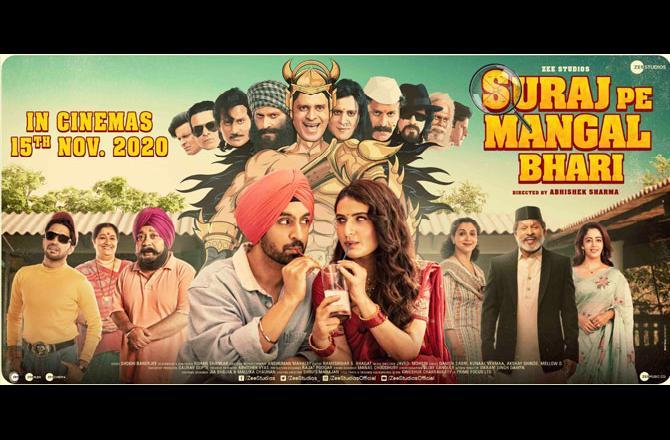 Suraj Pe Mangal Bhari manages to bring a section of the audiences back to the silver screen. According to trade reports the film has managed to collect 75L on day 1 of its release with 50% occupancy as per the protocols to be followed by cinema halls across the country. With over 75k tickets sold, the major contributors have been Punjab and Delhi NCR circuit thanks to the major pull in this market for Diljit Dosanjh and the evergreen Manoj Bajpayee fan following. The trailer, as well as the quirky songs of the movie, had already created an excitement and anticipation which has been largely met says the exhibitors and distributors in these region.

Trade pandits are predicting a decent collection for this fun-filled movie as the critics and audiences have given a thumbs up for its humour content. The multiplex’s are also reporting the comeback of families to view this entertainer with safety precautions of the highest order being endorsed across.

Looks like the SPMB in days to come with good word of mouth as well manage to ring in more collections and make this Deepawali season greener than before.

Is the Stock Market Closed Today? Here Are the Hours for Good Friday 2021.