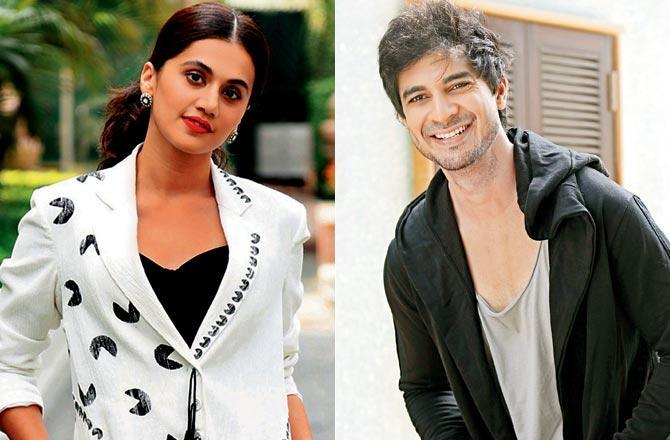 To Tahir Raj Bhasin, there is no better feeling than to hear the words — “roll sound, camera and action!” On Monday, the actor ended his dry spell as he reported to the set of Looop Lapeta, the official remake of Run Lola Run (1998). “The team jammed on ideas and scenes over the last few months. The readings that we did over Zoom calls are paying off, but meeting your crew in the flesh and creating a scene in real life [is a different experience altogether],” says Bhasin, who features opposite Taapsee Pannu in the movie.

The Aakaash Bhatia-directed venture was originally supposed to be shot in Mumbai and Goa this summer. Now, the makers have charted out a 25-day schedule in the city, followed by a stint in the beach state. Talking about his first day on the set, Bhasin says, “We were a mix of nervousness and excitement. Taapsee and I spoke about the lockdown months and the feeling of being on the sets now. [We agreed] that one shouldn’t take this positive energy for granted. Shooting in the new normal also meant that we had to work with certain restrictions — be it wearing masks or maintaining social distance. The crew is doing their bit to safeguard themselves and the project.”

Also Read: Taapsee Pannu: Have been replaced because hero’s wife didn’t want me to be a part of the film