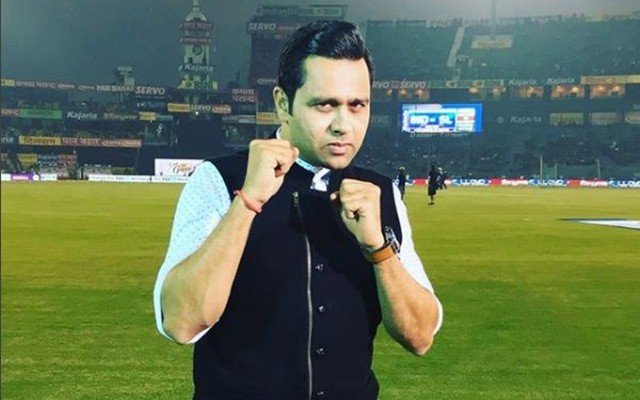 Aakash Chopra highlights the reasons behind Mumbai Indians’ domination in IPL. MI looked unstoppable in the last edition of the tournament held at UAE which they won comfortably by beating the Delhi Capitals in the final.

Mumbai Indians has been the most successful side in the history of the Indian Premier League. The Rohit Sharma-led outfit has lifted the IPL title a record 5 times.

They looked unstoppable in the last edition of the tournament which they won comfortably by beating the Delhi Capitals in the final. MI is again looking like a hard team to beat in the upcoming edition of IPL 2021. Former India batsman and commentator Aakash Chopra talked about Mumbai Indians and why they are so dominant in the IPL. He highlighted some of the strengths of the side.

“The Indian core is the Mumbai Indians’ biggest strength and it is not only a core but one which can do the encore. You have Rohit Sharma, Suryakumar Yadav, Ishan Kishan, Hardik, Krunal, Bumrah and Rahul Chahar, they are the players who are going to play hundred percent in the playing XI and they are all match-winners in their own right,” said Chopra on his Facebook page.

“Which team has this kind of Indian core, you will not get one of this quality anywhere because you may not find a better batsman than Rohit Sharma in white-ball cricket, a better bowler than Bumrah, and a better all-rounder than Hardik. Krunal is matching him shoulder to shoulder, Ishan Kishan and Suryakumar Yadav have been absolute revelations,” added Chopra.

Ahead of IPL 2021 auction, Mumbai Indians had released seven players out of their squad in the likes of Lasith Malinga, Nathan Coulter-Nile, James Pattinson, Sherfane Rutherford, and Mitchell McCleneghan.

“Their second huge strength is Rohit Sharma’s captaincy. He is 24-carat-gold, the best-cut diamond who knows very well how to read the game. From his face you will not be able to figure out which way the match is heading, he remains a little poker-faced but the good thing is he has the ability to control the flow of the game, which is easier said than done,” said Aakash Chopra.

“The third thing is that they have one of the finest fast bowling attacks. They have Bumrah, Trent Boult, Nathan Coulter-Nile, Dhawal Kulkarni. Only one team can match their fast bowling repertoire and that is Delhi, who have Nortje and Kagiso Rabada. But they also don’t have an Indian replacement for Bumrah because there is only one Bumrah and Bhuvi is with Sunrisers Hyderabad,” concluded Aakash Chopra.