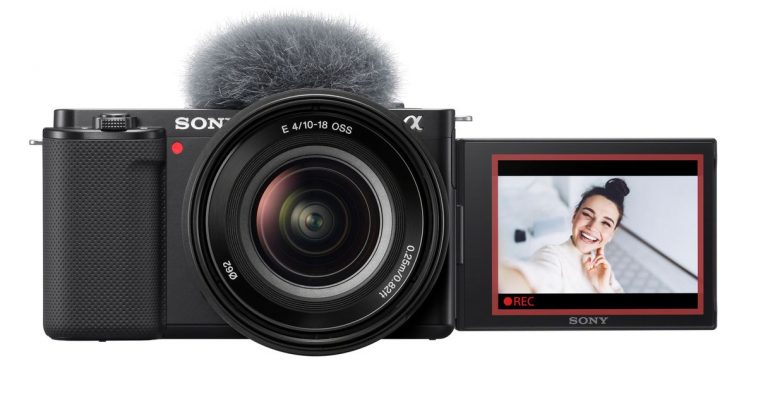 Sony has announced the ZV-E10, an APS-C interchangeable lens camera it hopes will appeal to the needs of vloggers. It brings many of the features we liked from the fixed-lens ZV-1 into a bigger sensor format, including shortcuts to focus and exposure settings vloggers may need to access quickly. Being a bigger camera, there are also some significant benefits that the pocketable ZV-1 didn’t have the real estate to accommodate, like a headphone jack, better battery life, and a larger sensor with more depth-of-field flexibility. And at $799 with a 16-50mm kit lens, it’s a pretty good deal — just over the ZV-1’s current $749 asking price.

While the ZV-E10 addresses many of our complaints with the ZV-1, the latter still has one feature not offered in the new camera: hardware-based image stabilization. While the ZV-1 included stabilization built into the lens, the ZV-E10 only offers electronic stabilization. To supplement this, it also includes the ability to record gyro sensor data in metadata that can be utilized when applying stabilization in post-processing.

The ZV-E10 offers a 24.2-megapixel sensor with a native ISO range of 100-32,000 equipped with the excellent eye and subject-tracking AF both the ZV-1 and Sony’s recent interchangeable-lens cameras offer. It also includes the ZV-1’s vlogger-friendly Bokeh Switch mode, which toggles the aperture to blur your background or bring it into focus, as well as a Product Showcase mode to apply AF settings best suited for presenting products on camera. There’s a fully articulated touchscreen display for easier operation from in front of the lens.

Video recording tops out at 4K / 30p and is taken from oversampled 6K footage. Hybrid log-gamma, S-Log2, and S-Log3 profiles are included for videographers who plan to grade footage after capture. Slow-motion footage can be recorded up to 1080/120p.

Microphone and 3.5mm headphone jacks are included, and a three-capsule directional microphone is built in with a windscreen included in the box. Live streaming via USB is supported for phones with Android 11, though not yet available with iOS devices. The ZV-E10 claims up to 80 minutes of video recording on a single battery charge, which is almost double the ZV-1’s claimed 45 minutes.