Home Sports There’s something that pulls you to Roger Federer, he makes you feel like a part of his extended family: Super-fan Sunita Sugita

There’s something that pulls you to Roger Federer, he makes you feel like a part of his extended family: Super-fan Sunita Sugita 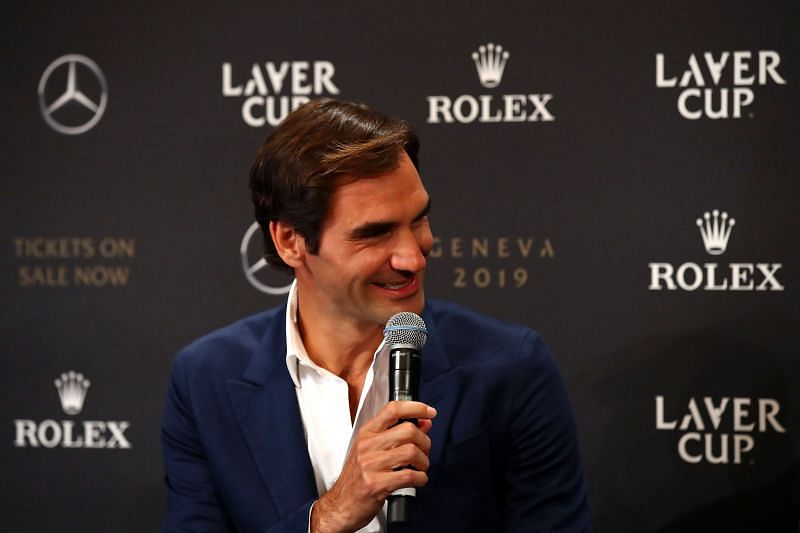 In anticipation of Roger Federer’s long-awaited return to the tour, ATP recently spoke with two ‘superfans’ about their bond with the Swiss. One of those superfans is India’s Sunita Sugita, who has been supporting Federer since 2003 and has also watched over 100 matches of the 20-time Major champion.

Sunita Sugita hails from Kolkata, one of India’s most populous cities. Kolkata also boasts of a rich tennis heritage, having produced players like former Davis Cup runner-up Jaidip Mukerjea and one of the greatest doubles players of all time, Leander Paes.

While speaking with ATPtour.com, Sugita listed out the reasons that drew her to Roger Federer. According to her, the Swiss legend is a magnetic and warm person who treats his fans like they were his family.

“There is something so special and charming about him,” Sugita said. “His game is there of course, the grace with which he plays. When you meet him, there is something that pulls you to him. You just get attracted to him, the way he treats us, he makes you feel like you are a part of his extended family.”

Sugita revealed that she first watched her idol in action during the 2008 edition of Wimbledon. But her most special encounter with Roger Federer happened in 2012 at Basel, where the 39-year-old stunned her by remembering her name.

“I literally couldn’t stop shaking the first time I saw him on Centre Court (at Wimbledon),” Sugita went on. “I almost collapsed when he called me by my name (in Basel). I don’t remember what I said to him. I was speechless. He remembered my name!”

Roger Federer is my passion and my idol: Sunita Sugita

Going around the globe to watch tennis tournaments is a very expensive affair, but one that is worth every penny for Sunita Sugita. The Indian indirectly admitted to having spent extensively on her travels to watch Roger Federer, but asserted that it was money well spent.

“I cannot calculate it all,” Sugita said. “But it’s always worth it. Roger is my passion, he’s my idol. I’m going to spend all my money on him.”

For Sugita, it matters little if Roger Federer doesn’t end his career with the most Slams or even if he fails to add to his current tally of 20. Federer will always hold a special place in her heart, irrespective of his tennis feats.

“He has given us everything he has,” Sugita added. “It’s not just about numbers, there is so much more to Roger than the number 20 [Majors]. I don’t want to cry when he retires, I want to celebrate him.”

Sunita Sugita also believes that Roger Federer’s injury and subsequent rehabilitation period were a blessing in disguise, as they ensured that he wasn’t forced to travel and expose himself to the dreaded coronavirus.

“I didn’t want him travelling at a time like this because I don’t want him to catch coronavirus,” Sugita said. “It was a relief to know that I didn’t have to worry [about Roger getting sick] for the rest of the year.”

During the lockdown period, Sugita also had an opportunity to assess and cherish all her memories with Roger Federer.

“I will live with all the moments and memories I’ve shared with him,” she added. “That’s what I realised in the lockdown. I’m so glad I’ve had a chance to follow my dream and my passion.”