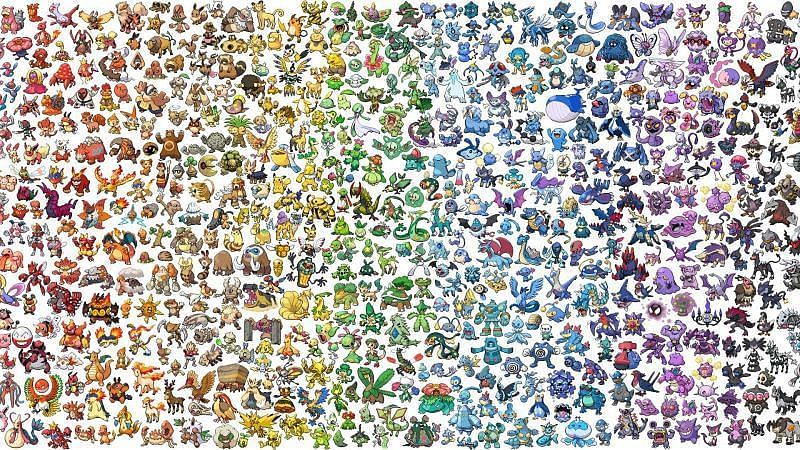 Some Shiny Pokemon designs are miles better than their regular designs, but others are pretty atrocious.

A Shiny Pokemon is a rarity. It is the pinnacle of collecting. When that animation and altered color appear at the start of an encounter, there is no better feeling.

The heart truly sinks, though, when it is a Shiny Pokemon that underwhelms. Unfortunately, a lot of Shiny designs are worse than their normal versions.

Dragonite is one of the coolest Pokemon to ever exist. It is mysterious, powerful, and has a wonderful design. Its Shiny version, however, is pretty ugly. The green color is hideous compared to its natural colors. Dragonite most definitely deserves better than that.

Snorlax is a massive Pokemon, typically colored in bluish black. The Shiny version could have easily made Snorlax stand out even more. Something like a pink or even a plain white version would have been incredible. Instead, Snorlax’ Shiny variant is just a darker blue. That’s it.

Garchomp is one of the most powerful Pokemon ever, especially in competitive battling. It has the nearly the same issue that Snorlax does. While the normal color is a darker blue, it goes in the opposite direction. The Shiny version is just a paler blue. That is disappointing for such an iconic Pokemon in Garchomp.

Leafeon isn’t the only Eeveelution with an underwhelming Shiny version. Some of them are an eyesight. Leafon, however, is almost identical to its regular coloring. Its body is a light yellowish color with green leaf pieces coming from it. The Shiny version of this Pokemon is simply a little more vibrant with the exact same color palette.

Gengar is one of the most popular Pokemon of all time. Its Gigantamax and Mega Evolution forms receive a stunning white variant. The regular Gengar Shiny form, however, is as underwhelming as can be for a Pokemon of its status. It is a paler purple and red eyed variant. It is as if Gengar got a cold and started losing its color.