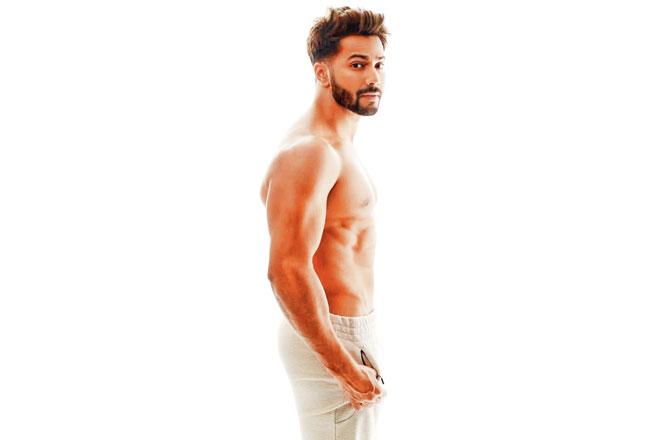 Over the past fortnight, Varun Dhawan was focusing on humour and health to battle the isolation blues. When the actor – who was in isolation after testing COVID-19 positive on the sets of Jug Jugg Jeeyo – was not spreading cheer on social media with his hilarious posts, he was building his strength anew by practising yoga. Dhawan’s yoga trainer Mihir Jog tells mid-day that he has been conducting hour-long online sessions with the actor every day.

“When one has fever and other symptoms, it is advisable to rest and not tax the body. Over the last 10 days that Varun was on the road to recovery, we were focusing on his breathing, meditation, and practising gentle movements to help gain strength and flexibility,” says Jog. He adds that the actor used to practise different forms of pranayams that aid the strengthening of the lungs, sometimes affected by the infection caused by the virus.

“We practised anulom vilom and the cleansing technique, mukha dhouti, which involves taking deep breaths using the abdomen, thus cleansing the lungs and throat during exhalation. We began with relaxed pranayams, bhramari breathing and yogic breathing. In doing these, one’s lungs get strengthened. After that, Varun graduated to more energising pranayams like kapalbhati.”

Jog reveals that Dhawan, a fitness enthusiast, took to yoga in July. “Varun worked out intensely at the gym to maintain his physique, but that brought about tension and tautness to his body. So, he turned to yoga and started enjoying the deeper benefits of it.” The actor is expected to resume the shoot of the family drama – also starring Anil Kapoor, Kiara Advani and Neetu Kapoor – tomorrow.