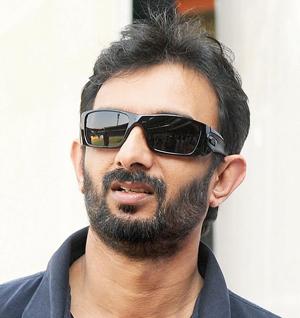 Vikram Rathour, India’s batting coach revealed that it was Virat Kohli who suggested Rishabh Pant should bat at No. 5 in Virat Kohli’s absence post the Adelaide Test match debacle against Australia.

With Virat Kohli leaving home for paternity leave, India had to re-shuffle their batting order after the first Test, which they lost by eight wickets, infamously slipping to 36 all out in the second innings -their lowest ever Test score.

Vikram Rathour revealed that before leaving for India, regular skipper Virat Kohli suggested Rishabh Pant should bat at No. 5 to keep the left-right combination going. Rishabh Pant batted at No. 5 in the third Test in Sydney and immediately made an impact scoring 97 off 118 as India held on for a draw on the final day. India eventually won the series 2-1 with the keeper contributing by unbeaten 89.

“It wasn’t really my call, I cannot take the credit for this. This started after the first Test we lost. Sridhar had already spoken about how Virat and Ajinkya and all of us sat together before Virat left. That’s where this was discussed, and it actually came from Virat to be honest.

“That in case we’re playing both the left handers, it will be a good idea if Pant can be sent at No. 5 to keep the left-right combination,” Vikram Rathour told Ashwin in the latter’s YouTube channel.

“We debated on this a little further and we discussed with Ajinkya also, if the wicket falls early, will it be a good time to send Pant. We then let him be at No. 6 but then in the second innings, I said this is the time he needs to go at No. 5 irrespective of when we lose a wicket because it’s the last innings and we were looking to go for the runs.”

“The intent was not to draw the Test, and till the point we can, we go for the runs. It was discussed and Ajinkya agreed to send Rishabh at No. 5, it really worked for us. I was actually thinking if we get a really good start, we could even send him at No. 4. But then that didn’t happen, ” said Vikram Rathour.

Rishabh Pant’s hard work paid off as he finished the 4-Test series as the 3rd-highest scorer with 274 runs from 3 matches, including the valiant 97 in Sydney and the match-winning 89 not out in Brisbane.

Earlier in the same channel, India’s fielding coach R Sridhar revealed how Virat Kohli joined a midnight meeting in Adelaide to plot the way ahead.

“It was midnight, around 12.30am, the night we lost the Adelaide Test. Virat Kohli messaged me: ‘What are you doing?’ I was shocked. I thought ‘why is he messaging at this time?’ I told him ‘head coach (Ravi Shastri), myself, Bharat Arun and Vikram Rathour are sitting together’. He said, ‘I’ll also join you’.

“I said, ‘no problem, come over.’ He came there and all of us started discussing. That’s where ‘Mission Melbourne’ began. Shastri made a point there: ‘This 36, wear it like a badge! This 36 is what will make this team great’.

“We were slightly confused but then we started talking about the decisions we’d have to take. Then Virat called Ajinkya the next morning and we had a very good discussion. After a 36 all-out, usually teams would strengthen their batting. But Ravi Shastri, Virat and Ajinkya decided to strengthen the bowling. That’s how we replaced Virat with Ravindra Jadeja, and it was a masterstroke.”

“Shastri wanted to have more left-handers. He felt because of the presence of only right-handers, the Australians kept bowling at that one spot, so if we bring in a left-hander, their lines may vary, and it may work for us tactically. So, most of the decisions were taken there and it was decided that we’ll go in with five of our best bowlers,” said Vikram Rathour.

Captain Virat Kohli had left after the first Test on paternity leave while likes of Mohammed Shami, Ishant Sharma, Umesh Yadav, Ravindra Jadeja, Hanuma Vihari, KL Rahul, Ravichandran Ashwin were injured at various stages of the Test series which made the task of India winning the Test series even more difficult. But Rishabh Pant’s heroics at Sydney and Brisbane changed the scenario.