Home EntertainmentTV WandaVision: Jac Schaeffer on Wanda’s Blast from the Past [SPOILERS]

WandaVision: Jac Schaeffer on Wanda’s Blast from the Past [SPOILERS] 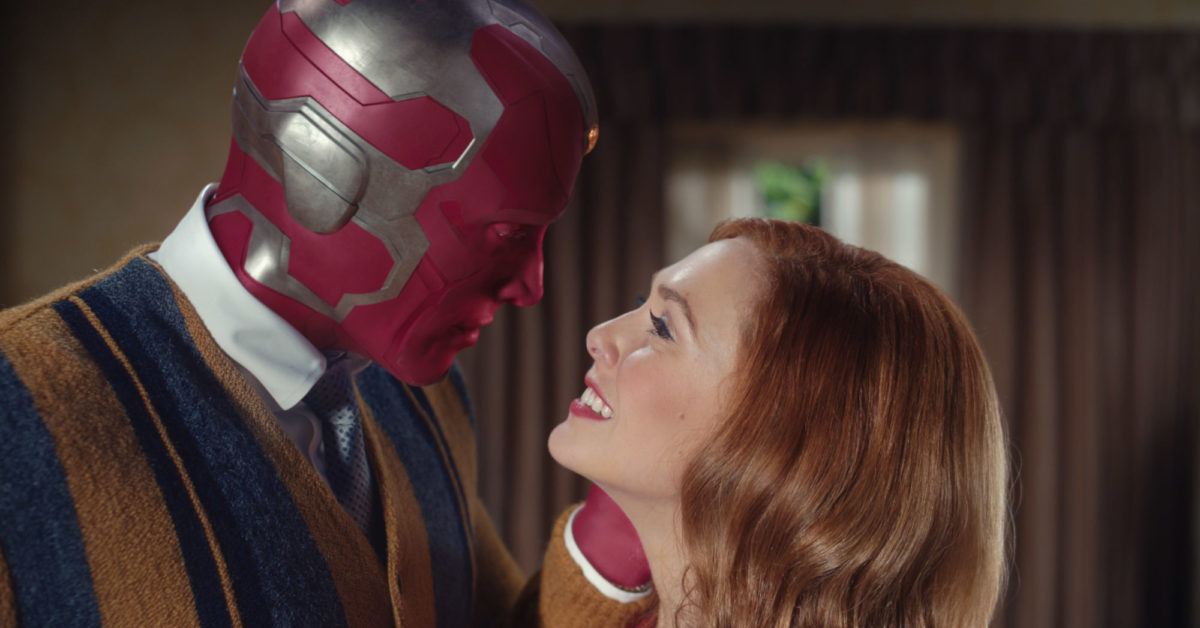 WandaVision creator and showrunner Jac Schaeffer had a bigger sandbox to work with compared to her previous contemporaries. As the first major episodic Marvel TV series on Disney+, it was certainly a tall task to deliver on the goods. In an interview with Marvel.com, Schaeffer talked about the worldly re-introduction to a once-beloved character entering back into Wanda Maximoff’s (Elizabeth Olsen) life from the episode “On A Very Special Episode…” We’re throwing on the “MAJOR SPOILERS AHEAD!” sign moving forward- you’ve been warned.

The giant reveal at the end of the episode was that of Pietro Maximoff, who comes to Wanda’s sitcom door and greets her with “Long-lost bro get to squeeze his stinkin’ sister to death or what?” before firing another line about Vision (Paul Bettany) playfully calling him a popsicle. The lines don’t come from Aaron Taylor-Johnson, who played the character in 2015’s Avengers: Age of Ultron, but that of Evan Peters, who played the mutant from Fox’s X-Men cinematic universe. To ensure the audiences who might not be aware, Darcy Lewis (Kat Dennings), who’s observing on the CRT television at the S.W.O.R.D. camp, acknowledging the “recast” in a pseudo-4th wall moment that the Marvel Cinematic Universe is tampering with the multiverse.

“We loved the idea of [bringing him back],” Schaeffer said. “And then we were like, how in the world are we going to make this make logical sense? Like, how do we justify this? Because that’s the thing, you can hatch a million great ideas, but to make them land, to make them be grounded, to make them feel organic to the larger story.” “This show is such a mind scramble, and because it’s working on so many levels, and there are so many notions of what’s real and what’s not, and performance, and casting, and audience, and fandom, and all of that, we just thought it would be the biggest thrill to bring Evan over to the Marvel Cinematic Universe,” added executive producer Mary Livanos.

The idea of bringing back Quicksilver via the random sitcom trope was something Schaeffer planned for a while. “We thought like, how do we give him this entrance, and then enjoy that, and then make it crazy?” she continued adding Marvel Studios president Kevin Feige was supportive as long as it made sense. “And we had long had the idea of the trope of the brother, or the relative, or whoever comes to town and like, stirs things up with the family — that sitcom trope. We were rooting for it for so long and didn’t know if it would be possible. It was complicated to make happen. Evan was always up for it — like, always, always, always. He is a comic book fan and a Marvel fan. He is always up for the absolute weirdest option. And he’s a pleasure — truly a pleasure to work with.” New episodes of WandaVision stream Fridays on Disney+.