Home General Xin Xing, Giant Panda With Progeny Around the Globe, Dies at 38

Xin Xing, Giant Panda With Progeny Around the Globe, Dies at 38 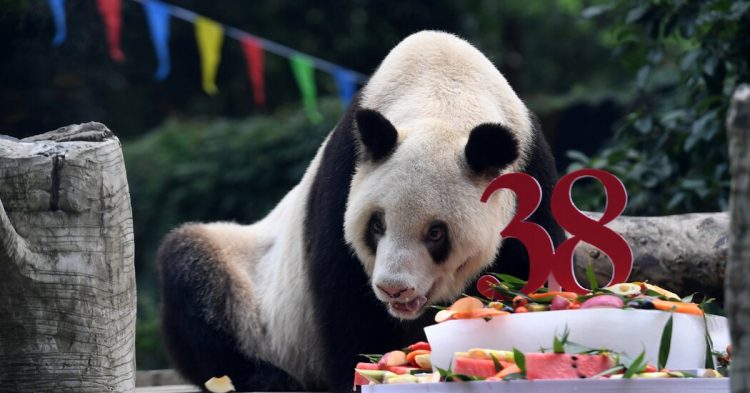 At the Chongqing Zoo, Xin Xing lived a seemingly untroubled life, lounging in a bear-size pool in the summer and eating seven meals a day.

Her caretaker of 28 years, Zhang Naicheng, told China Daily in August, “When she was younger, she ate faster and much more than other pandas.”

The panda was also prone to temper tantrums when she was young, he told the China News Service in 2018. “Xin Xing was pretty hotheaded back then,” he said. “Among the pandas, she was a pretty fierce one. Now that she’s old, she’s become more docile and less easily provoked.”

For her 38th birthday, in August, zoo keepers presented her with a large ice cube piled high with watermelon slices, apple wedges and bamboo leaf garnishes. Children sang to her from a distance.

Xin Xing’s parents could not be identified, and her male companion, Chuan Chuan, died in 2010. Her survivors, too many to name, include a son, Le Le, in the Memphis Zoo; a grandson, Tuan Tuan, in the Taipei Zoo; a granddaughter, Er Shun, who was recently returned to China from the Calgary Zoo; and her great-grand cubs Jia Panpan, Jia Yueyue, Yuan Zai and Yuan Bao.

As Xin Xing grew older and her temperament softened, her attachment to her caretakers grew stronger, the zoo said. In her final years, Mr. Zhang moved to a room 20 yards from her enclosure to watch over her at night. To spare her aging teeth, he pared down bamboo shoots, feeding her the shucked stems and tender leaves.