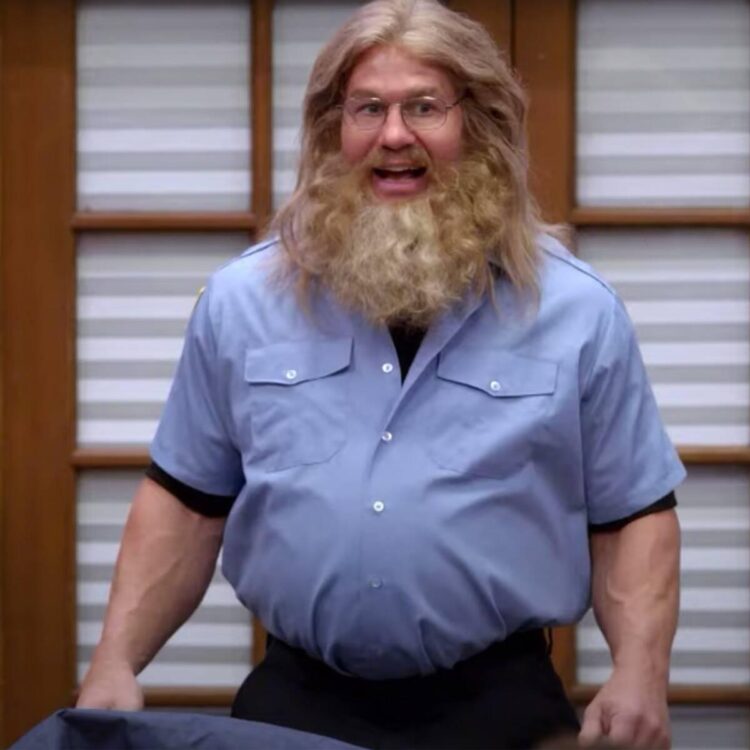 An 8-year-old boy is being hailed as a hero after skills he learned from watching John Cena on a Nickelodeon TV show helped save his younger sister’s life.

Jaxson Dempsey was on his way to a haircut late last month when his 20-month-old sister Leila began choking on a chicken nugget from McDonald’s, ABC affiliate WNEP reported.

“It made me feel scared because I thought she was going to die,” Jaxson told CBS affiliate WYOU. “But then this thing came into my mind. I told my dad to pull over and I started to pat her back.”

This “thing” the second-grader had remembered was an episode of the Nickelodeon hidden camera prank show The Substitute, in which celebrities go undercover in classrooms as substitute teachers.

What Jaxson had in mind was a season one episode featuring John Cena, where Cena teaches a class of young students the basics of CPR on a dummy named Chuck.

“Everyone at Nickelodeon is so proud of Jaxson and his heroic actions, and we are honored to be a part of such a remarkable story of good news and courage! Yay for Jaxson and Leila!!!” Nickelodeon spokesman David Bittler said in a statement to PEOPLE.

With the episode in mind, Jaxson acted quickly, leaning his sister forward and using the heel of his hand to slap her back between the shoulder blades, ultimately dislodging the stuck chicken nugget in about 30 seconds.

RELATED: Fla. Teen Completes CPR Training — and Saves Her Best Friend’s Life With it the Next Day

“Her face was bright purple and red, and she wasn’t really breathing. Jaxson sprung into action before I even opened the door,” dad Matt Dempsey told WYOU. “I couldn’t believe it. I mean, he’s always been a really good big brother, but I never knew he would know what to do with that.”

The proud dad added that he was grateful for his son’s actions, as Leila had remained unusually calm throughout the ordeal.

“I couldn’t hear her because… she wasn’t coughing, she wasn’t panicking,” he told WNEP. “She just had no air going through. She wasn’t breathing. Thank god Jaxson was there because without him, I don’t know if Leila would be here.”

Jaxson, who lives with his family in Hazleton, Pennsylvania, said he feels “like a hero so much in [his] heart,” and that he believes all children should learn CPR in case they find themselves in a similar situation.

“I would say thank you [to John Cena] for being on that show,” he told WYOU. “It taught me a lot about how to save someone’s life.”

The boy’s heroics were celebrated with a local parade, in which more than a dozen firetrucks came by to flash their lights and blow their sirens in his honor, WNEP reported.