A brief history of underwhelming collectibles in the GTA series

Some collectibles within the GTA series are so underwhelming that they are not worth collecting.

Players typically want to be rewarded for going out of their way to collect various collectibles within the GTA series. Having a specific amount of good collectibles (usually 10) rewards players with useful items every time. This incentivizes players to fully explore the game world.

Unfortunately, not all collectibles are created equal. Even if they’re required for 100% completion of the game, some of them are just a waste of the player’s time.

A brief history of underwhelming collectibles in the GTA series

Collectibles have existed since GTA 2, and they started off well. In GTA 2, collecting all 50 tokens allowed the player to unlock a bonus stage to mess around in.

GTA III would introduce Hidden Packages, Rampages, and stunt jumps, while other games would eventually get creative with what they would classify as a collectible.

Predictably, some of these collectibles aren’t very good. There are multiple reasons as to why a collectible can be deemed “underwhelming.”

Signs that a collectible isn’t worth collecting

There are many clear signs that prove that a collectible isn’t worth the hassle. These include:

The first sign is an obvious one. If a player has to collect everything in order to get a bonus, then that just wastes time. It’s better to have incremental rewards rather than an all-or-nothing system that some GTA titles incorporate.

The second sign should be self-evident. If there isn’t a reward, then it’s pointless. If there is a reward, but it’s outclassed or useless to most players, then it’s also worthless. One can forgive the fact that some collectibles require too much collecting, but any collectible with a pointless reward is just frustrating.

Finally, having a collectible that’s a pain to collect is just infuriating. Even if there’s a good reward for doing so, some players are bound to look up all the locations to save time. Others would just not bother with any form of exploration.

To understand what makes a bad collectible feel underwhelming, it’s vital to know what a good collectible looks like. Take Hidden Packages from GTA Vice City as an example. It isn’t the best collectible in the series, but it’s perfectly serviceable. It rewards exploration, gives the player money and unlocks easily accessible items for every 10 collected.

Alternatively, take a look at Rampages in GTA III. It’s purely a monetary benefit, but the amount of money a person can make doing something jovial like a casual murdering spree in GTA isn’t to be underestimated.

As one can see, the reward for doing a collectible is arguably the most important aspect. The fact that the two examples listed above are easy to do is a bonus.

A brief history of underwhelming collectibles 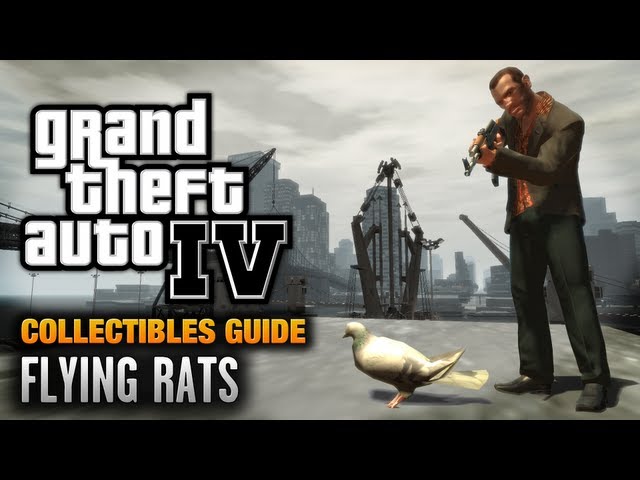 Now that one might understand what makes a collectible desirable or disliked, it’s time to discuss what collectibles are often deemed as underwhelming and why.

The most infamous example is the pigeons in GTA 4. Case in point: there are 200 pigeons (also known as flying rats). That’s double the standard for past GTA titles, and there are zero incremental rewards for the player. Killing all 200 pigeons adds 2.5% to the player’s in-game completion (something the vast majority of players don’t care for) and a spawn for the Annihilator helicopter near Star Junction.

That sounds nice, except for two major problems. First, it isn’t a guaranteed spawn, which wastes the player’s time. Second, there are easier ways to get the helicopter. It doesn’t help that some pigeons are located in confusing spots, further wasting the player’s time.

Letter scraps and submarine pieces add a little bit of lore to the world of GTA 5, but they’re not required for 100% completion, and the rewards are terrible. They’re scattered around the world map, but it should be noted that some players might have fun collecting them.

The final underwhelming collectible to talk about is Rampages in GTA San Andreas. It’s only for local multiplayer, which means it’s useless for most players. It’s not required for anything and is simply a collectible designed for fun.