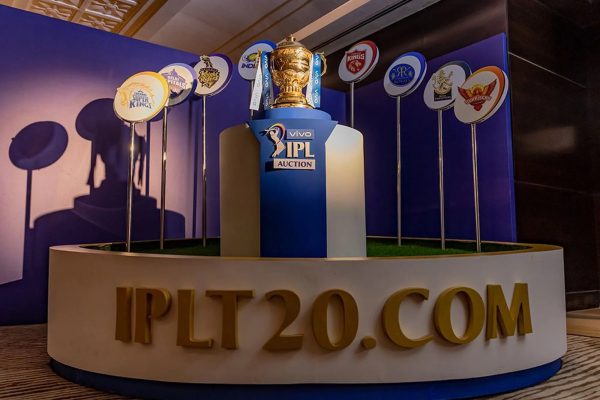 The BCCI has amended a new set of rules for the upcoming IPL season. The IPL 2021 is set to kick off from April 9 with Mumbai Indians and Royal Challengers Bangalore playing the season opener in Chennai. Ahmedabad, Bengaluru, Chennai, Delhi, Mumbai & Kolkata will host the matches this season. The World’s Largest Cricket Stadium – Narendra Modi Stadium in Ahmedabad will host the Playoffs as well as the final on 30th May.

Each team is set to play at four venues during the league stage. Out of the 56 league matches, Chennai, Mumbai, Kolkata & Bengaluru will host 10 matches each while Ahmedabad and Delhi will host 8 matches each.

Meanwhile, the BCCI has set a few new rules for the upcoming season. The rules have been amended to resolve confusion in the game and also keeping in mind the smooth conduct of the matches.

The BCCI has decided to do away with soft signals in the upcoming season to avoid confusion and controversy. When one looks at Appendix D -Clause 2.2.2 of the playing conditions before IPL 2020 and now before IPL 2021, there is one clear change and it pertains to the usage of the soft signal. Soft Signal: Onfield Umpire giving Soft Signal while referring the decision to the 3rd Umpire will not be applicable,” states the updated playing conditions for IPL 2021.

Umpire’s call is another debatable decision in international cricket in recent times. Despite the reservations against the decision, it has been allowed in this year’s IPL. There were suggestions that the batsmen should be ruled out if any part of the ball is hitting the stumps. However, the BCCI has upheld the rule at least for this season.

“Umpire’s Call is the concept within the DRS under which the on-field decision of the bowler’s end umpire shall stand, which shall apply under the specific circumstances where the ball-tracking technology indicates a marginal decision in respect of either the Impact Zone or the Wicket Zone” said a BCCI official.

One big change in the guidelines in IPL 2021 is that bowling sides need to complete their quota of 20 overs inside the deadline of 90 minutes. This also means that the 20th overs should also be completed within the stipulated 90 minutes. For delayed or interrupted matches where an innings is scheduled to be less than 20 overs, the maximum time of 90 minutes shall be reduced by 4 minutes 15 seconds for every over.

“As a measure to control the match timings, the 20th over in each innings is now included in 90 minutes, earlier the 20th over was to start on or before the 90th minute” read a BCCI statement.

Another decision that has been reworked is the short run. if there is a case of short-run, then the third umpire can check whether it was a short run or not and the official can overturn the decision made by the on-field umpires. A match between Punjab Kings and Delhi Capitals saw the former losing the game after a short-run decision was ruled out against them in a league game. The Punjab management also made an official complaint after they ended up on the losing side.