Home EntertainmentBollywood Ranveer Singh shares a view to the big top as he shoots for Cirkus?

Ranveer Singh shares a view to the big top as he shoots for Cirkus? 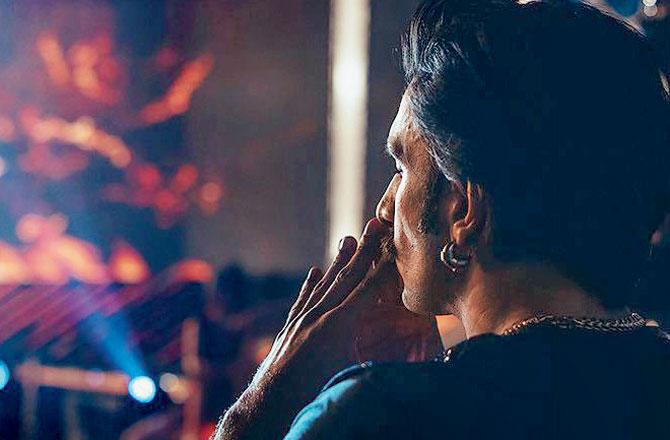 Ranveer Singh provided a glimpse of the set of Cirkus. He posted a side profile in a bid to not give away his look. Singh has been shooting for Rohit Shetty’s film, co-starring Pooja Hegde and Jacqueline Fernandez, at Mehboob Studios. Shetty hopes to wrap up the film by February with a bit of shooting in Goa, which he considers as a lucky location. Singh plays a double role in the adaptation of William Shakespeare’s The Comedy of Errors.

Speaking about the sets of the movie, reports suggested that Rohit Shetty had booked almost the entire Mehboob Studios in Bandra to shoot for Cirkus. Rohit Shetty has taken three floors where the sets are being erected.

In an interview with mid-day, a source revealed,  “He plays a pair of identical twins who were separated from each other. Each twin also has an identical attendant, essayed by Varun Sharma. The laugh riot will trace how the foursome cross paths, leading to a case of mistaken identity and confusion.”

Also Read: Deepika Padukone on Ranveer Singh: Thank god we didn’t get locked down without each other

“While Rohit has stayed true to the outline of the source material, he has introduced new plot twists and characters. The film will be Rohit’s take on The Comedy of Errors and have his signature brand of humour,” the source further added.

Speaking about the film, Cirkus also stars Mukesh Tiwari, Johnny Lever, Sanjay Mishra, and Vrajesh Hirjee, among others, along with Sulbha Arya.

Also Read: 10 Years of Ranveer Singh: Tracing the journey of the blockbuster star