Best Dressed: Jacqueline Fernandez, Nimrat Kaur, Shilpa Shetty slay it with their style statements out and about in the city | Bollywood Life

This week, we did have some events, but what caught our eye was the casual looks of some of our Bollywood beauties. They kept it simple, but slayed like a pro. Whether it was Jacqueline Fernandez or Nimrat Kaur, the ladies were effortlessly stylish. Take a look at the lovely ladies who rocked the show with their ensembles…. Also Read – Bigg Boss 14 preview: Rakhi Sawant writes Abhinav Shukla’s name all over her body, Rubina Dilaik labels it cheap entertainment

Jacqueline Fernandez
The Kick actress was spotted outside a dance class in the city. She was seen in printed track pants with an orange vest that she tied in a Bobby knot. Black sneakers and jacket finished off her look. Jacqueline Fernandez rocked her dance practice look like a pro. The actress’ hair was tied back in a tight ponytail. Her sporty ensemble was lit AF. Also Read – Bigg Boss 14: Fans gush over Sidharth Shukla’s swag while hosting as they trend BBGOAT SIDHARTH IS BACK – view tweets

RELATED:  Shah Rukh Khan's film with Rajkumar Hirani to go on floors from THIS date? Here's what we know | Bollywood Life

Nimrat Kaur
Though we see her mostly in tees and track pants, Nimrat Kaur looks too pretty when she puts in some extra effort. The Airlift actress was spotted on two occasions by the paps, and she nailed both the looks. Nimrat Kaur was seen in an olive green dress with beige sandals for a lunch outing. She also wore a yellow suit for the screening of Madam Chief Minister with jootis. Nimrat Kaur looked good in both the outfits. 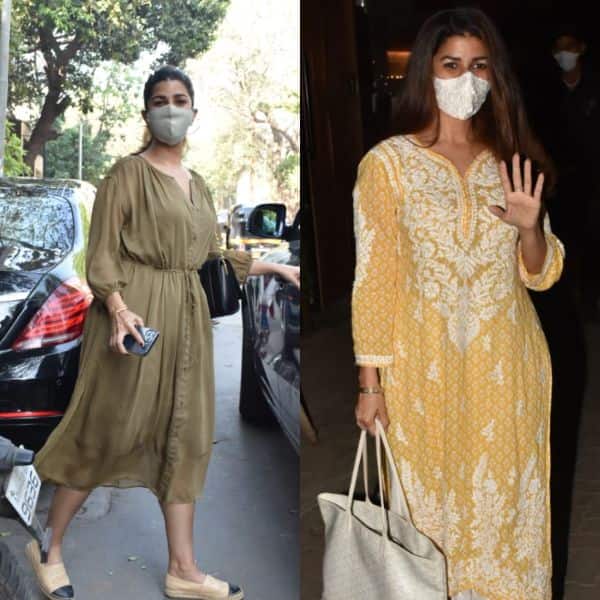 Shilpa Shetty
The stunner wore a sweatshirt dress for a dinner date with her husband, Raj Kundra. She teamed it with ankle length boots and a Louis Vuitton trunk clutch. She looked great. 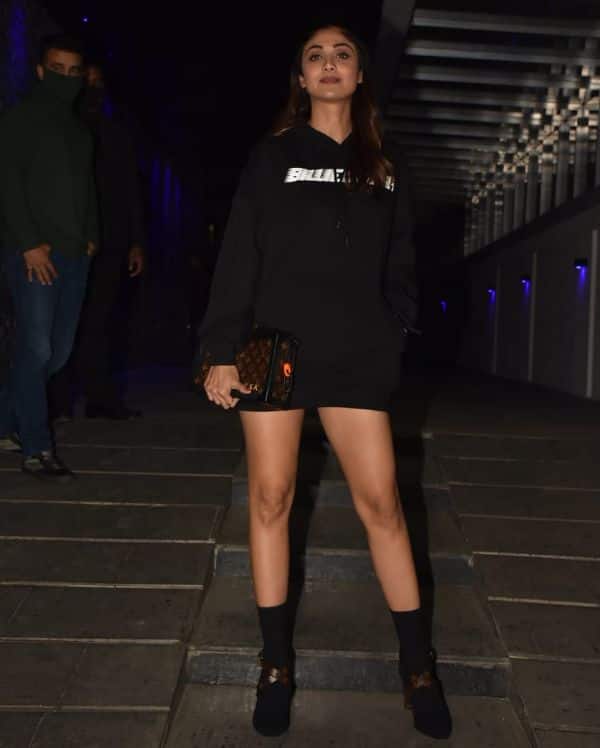 Rubina Dilaik
She has had her share of hits and misses inside the Bigg Boss 14 house, but this look was an outright winner. Rubina Dilaik wore a top and a pair of dhoti pants in beige colour with a statement necklace. She is being styled by Aashna Makhija, and this looked really worked on her.

Pooja Hegde
The leading actress of the South Indian industry, Pooja Hegde attended a wedding dressed in a sharara. The dress was designed by Tamanna Punjabi Kapoor. She kept her accessories very simple. The jewellery was from Anmol Jewellers.

What do you feel about the best dressed list of the week? Tweet and let us know @bollywood_life .

Aly Goni celebrates his birthday in Jammu with Jasmin Bhasin, family and...

The drama in Ghum Hai Kisikey Pyaar Meiin is at its peak...
Read more

PSL 2021, Match 10: Peshawar Zalmi vs Islamabad United – When and Where to Watch, Live Streaming Details