Bollywood box-office awaits a big opening; only 10 per cent occupancy 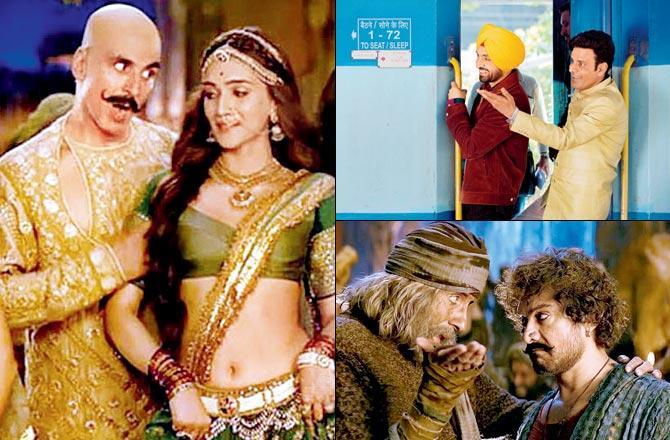 After the eight-month shutdown, it was time for the first day, first show across cinemas in Mumbai. On Sunday, theatres lifted the curtain with the Diwali release, Suraj Pe Mangal Bhari. As per early estimates, the Manoj Bajpayee, Diljit Dosanjh and Fatima Sana Shaikh-starrer recorded an average occupancy of 10 per cent. The permissible occupancy has been set at 50 per cent by the state government.

The stark difference can be noticed when compared to the box-office figures of last year’s Diwali releases, Housefull 4, Saand Ki Aankh and Made in China. The three films had amassed Rs 62.47 crore over the opening weekend, with the Akshay Kumar comedy leading from the front. Trade analyst Taran Adarsh says, “We can’t expect numbers to pour in overnight. The industry was shut for such a long time. It’s almost like being in the ICU; this is the healing phase before the industry starts running again. Moreover, one must consider that when survival is under threat, entertainment won’t be high on people’s priority list.”

Depending on the film’s merit and its star power, the average opening day figure of a Diwali offering reads between Rs 20 crore to Rs 50 crore. Aamir Khan’s Thugs of Hindostan (2018) had registered Rs 50.75 crore on day one, recording the highest opening figure in Hindi cinema before sinking at the box-office. Besides the unusual circumstances, Suraj Pe Mangal Bhari has opened in fewer screens despite being the solo player this weekend. “There is hardly much occupancy for the film. The footfall will continue to be low unless a big film like Sooryavanshi or 83 hits screens. Most producers are avoiding a staggered release and waiting for the world market to open which is a tough situation amidst renewed lockdowns in Europe,” reasons Adarsh.

Both films are pushed to 2021 and will be releasing anytime before March, as per the trade buzz.

Distributor Akshaye Rathi says filmmakers will have to take a leap of faith and line up big releases to lure audiences. “In Tamil Nadu, 850 screens have opened, and even at 50 per cent seating, three-fourth of auditoriums are full. We don’t know what the forthcoming releases are. Some interesting movies have to be lined up to compel the audience to step out. Producers will have to line up films like Mumbai Saga and Bunty Aur Babli 2 that can bring people to the theatres.”