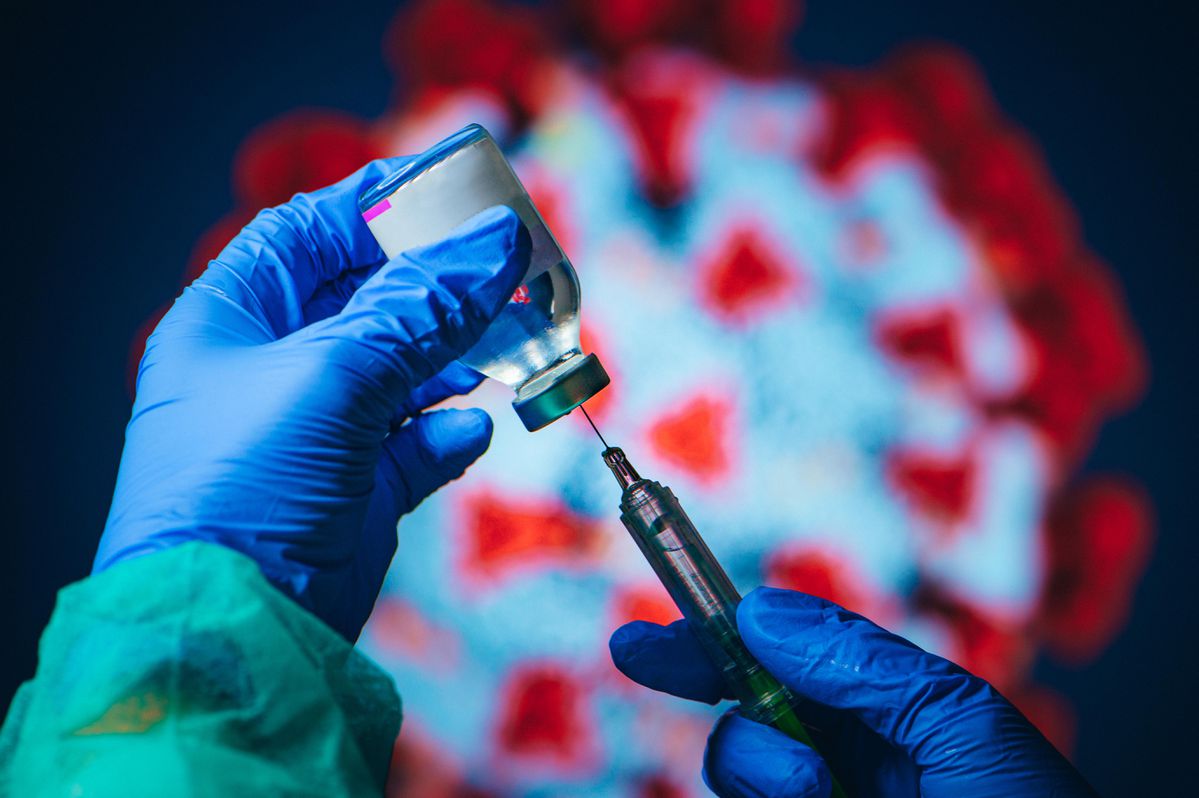 As millions of people around the world are given vaccines against Covid-19, some people are still reluctant to get the shot. There are several common reasons for this ranging from some which are more reasonable to the downright absurd (think Bill Gates and microchips).

One of the most popular circulating mistruths at the moment is that mRNA vaccines will alter your DNA, with pseudoscientific content flooding social networks such as Twitter, Facebook and YouTube. The good news is that they simply can’t do this, which will come as a disappointment to some who were hoping that this might be their chance for superpowers, but why do people believe that they can?

“I think people are concerned that because this is genetic material injected into the body, could it somehow mix in with your own genetic material and change it,” said Sara Riordan, President of the National Society of Genetic Counselors.

But there are crucial differences between DNA which carries all of the information we inherited from our parents and mRNA, which the Moderna and Pfizer/BioNTech vaccines are made of. DNA is double-stranded, very very long and bundled up tightly together inside a part of the cell called the nucleus. mRNA is a single-stranded copy of a small part of DNA, which is routinely made in the nucleus, but then released into the main part of the cell so that the instructions it carries can be ‘read’ and made into a variety of proteins needed by the cell.

“mRNA is naturally made by the body, it encodes instructions for your body’s cells to make protein. Any mRNA vaccine has the same purpose, to teach and train your body to make an immune response toward a particular pathogen, so if the pathogen gets into your body, your immune system can attack it,” said Riordan.

In the case of mRNA vaccines against Covid-19, these are not made in the nucleus, rather they are injected into the arm to tell muscle cells how to make part of the viral “Spike” or “S” protein, a tiny part of the SARS-CoV2 coronavirus, which on its own has none of the negative effects of the virus itself.

“What’s really reassuring about these mRNA vaccines, the mRNA never even goes into the nucleus, the part of the cell contains all of your own DNA and instructions,” Riordan added.

So how do they actually work?

mRNA-based vaccines are a bit like standing in your kitchen and thinking what to make for dinner. You know you’ve got all of the ingredients to make a meal, but you don’t exactly know how to make it. So you download a recipe online, put everything together using ingredients and equipment you already have in your kitchen and eat your dinner.

The vaccines are simply the recipe, injecting it into your arm is simply giving specific information to your cells and letting them read it. Your cells expertly assemble the tiny part of the Spike protein from ingredients and equipment which they already have. After this, the immune system quickly goes after the spike protein fragment, learning to build up a defense against the coronavirus, should it ever encounter it.

But we don’t normally have mRNA encoding Spike protein floating around in our cells, so what happens to the mRNA itself after its injected into you and your cells make the bit of spike protein that tips off your immune system?

“The mRNA from the vaccine is destroyed by the cell after the instructions are read,“ said Riordan.

Although this may be a disappointment to people aspiring to gain superpowers from the new mRNA vaccines, the most you can hope for is some immunity to SARS-CoV2, likely at a cost of a mildly sore arm.

So where does this belief that the vaccine can change your DNA come from? As well as misunderstandings about the differences between mRNA and DNA, there are some biological entitles which do change DNA, including treatments for some genetic diseases and even some viruses, which can have devastating effects on our DNA.

Some viruses do change DNA and this can have extremely negative consequences.

It’s important to say first of all that DNA-changing viruses do not include coronaviruses, but do include viruses like HIV and HPV. The way that these viruses work is by sticking themselves randomly in to the DNA of a cell, hijacking the cell’s replication machinery to make more copies of themselves. Because they are often indiscriminate as to where in the genome they put themselves, if they end up in the middle of a piece of code that is crucial for the cell, they can cause the cell to become cancerous. HPV can cause several different cancer types, including cervical and head and neck, which is why people are now often vaccinated against HPV. Another example is HIV, which integrates its own genome into that of human white blood cells, forcing the cell to make many copies of the virus, which eventually burst out to infect other cells.

Some treatments do intentionally change DNA, with intended positive consequences.

Scientists are increasingly trying to tackle genetic diseases by using gene therapies to correct, often inherited defects in DNA. New treatments for life-threatening or disabling conditions are now being approved at an impressive rate. In 2017, the FDA approved a virus-based drug to correct a genetic defect which causes blindness and others are in development for hearing loss and several other types of genetic disease.

But historically, gene therapy using viruses has had a rough ride. If a viral-based treatment inserts itself into a piece of DNA which is particularly important for the function of that cell, it could cause cancer, much like viruses such as HPV do. In the 1990s, viral gene therapy was used to try and treat children with severe combined immunodeficiency disorder (SCID) a devastating disease whereby children have essentially no functional immune response and even mild infections can be deadly. Scientists removed blood cells from these children, genetically modified their DNA with viruses to correct the faulty gene, before transplanting them back into the children.

For treating SCID, this approach worked. But, 5 of 20 patients went on to develop leukemias, likely because the virus had parked itself directly in the middle of a piece of DNA important in controlling cell growth and death, disrupting the normal function of the cell.

Gene therapy has had more success in recent years due to advances in technologies such as CRISPR, which allow the viruses to be more precisely put in bits of DNA which are considered ‘harmless’ and not likely to contribute to any risk of cancer, but such a technique was not considered for making vaccines to the coronavirus because although technically it could work, there are far better, safer and quicker ways of doing this now.

Scientists have been excited about mRNA vaccines for years with one of the main benefits being able to simply change the instructions to tackle new targets. Moderna today announced that it has set its sights on seasonal flu and HIV among others and if vaccine-resistant versions of SARS-CoV2 should arise, researchers are confident that they can quickly change the instructions in the vaccine to adapt as needed.

But for the present, the mRNA Covid-19 vaccines are neither viruses, nor gene therapy and they won’t change your DNA.