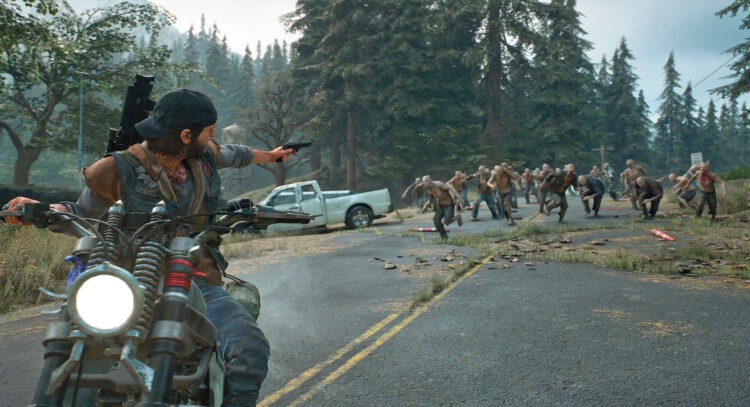 Sony has revealed the April lineup of PlayStation Plus games, which includes a recent first-party offering. Days Gone was met with a lukewarm response at first, but Bend Studio’s survival horror game has found a strong fanbase, particularly after some welcome updates.

Days Gone is a notable addition to the rotation, but for PS5 owners, it’s a moot one. The game is part of the PlayStation Plus Collection, a great bundle of PS4 games that subscribers with the latest console can access at no extra cost. Days Gone is also coming to PC this spring.

Sony previously noted that April’s free PS Plus game for PS5 would be Oddworld: Soulstorm. Zombie Army 4: Dead War rounds out the latest batch. Subscribers can claim these between April 6th and May 3rd.

Before those games make it into the lineup, you still have a few more days to snag the titles that are currently on offer: Final Fantasy VII Remake, Maquette (PS5 only), Remnant: From The Ashes, Farpoint (PSVR) and PS5 game Destruction AllStars. You have until April 5th to add those to your library gratis.

Meanwhile, Sony’s running the Play at Home promotion again this year with free games for everyone. You don’t need a PS Plus subscription to claim them. Today’s the last day to scoop up 2016’s Ratchet and Clank for free — Insomniac just released a patch that lets the game run at 60 frames per second on PS5.

There are some other solid games up for grabs through Play at Home, including The Witness, Enter the Gungeon, Subnautica and Thumper. You’ll also be able to pick up Horizon: Zero Dawn for free starting on April 19th.