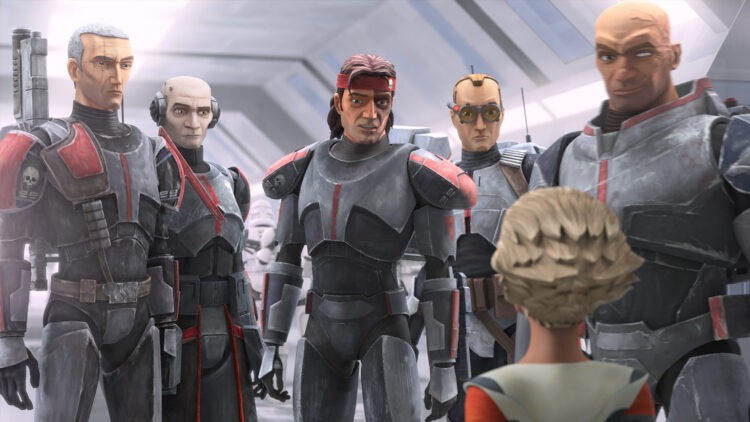 The latest animated Star Wars series is just a few weeks away from hitting Disney+, and Lucasfilm has offered a deeper look at what to expect from Star Wars: The Bad Batch. The action-packed trailer opens with Admiral Tarkin describing the titular group, a highly capable but troublesome team of clones. He calls for them to be wiped out.

The trailer does a decent job of setting up the stakes and giving a brief introduction to the five members of Clone Force 99. A couple of other existing Star Wars characters pop up: Fennec Shand (Ming-Na Wen) from The Mandalorian and Saw Gerrera (Andrew Kishino) from The Clone Wars. The Bad Batch is a spin-off from the latter and it retains the Clone Wars aesthetic.

The series starts on Star Wars Day, May 4th, with a feature-length, 70-minute episode. The following episodes of The Bad Batch will arrive weekly on Disney+ on Fridays, starting on May 7th.