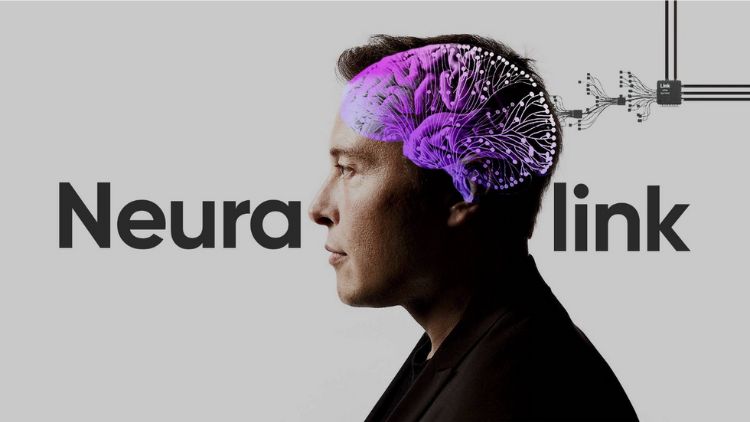 The human brain is a special and powerful organ. It is the command center for the human nervous system. It receives signals from the body’s sensory organs and outputs information to the muscles. In relation to body size the human brain weighs about 3 lbs or 1.4 kgs and makes up about 2 percent of a human’s body weight.

The cerebrum, the main part of the brain located in the front area of the skull, makes up 85 percent of the brain’s weight. Your brain contains about 86 billion nerve cells or neurons also called gray matter.  Did you know that the sperm whale’s brain is five times heavier than yours but you are far more intelligent because overall brain size doesn’t correlate with the level of intelligence.

However, even though the human brain is very powerful it sometimes slows down and even makes the body lose some functions. Accidents or diseases can cause this vital organ to be no longer efficient. This is where Elon Musk the billionaire genius steps in. Among his companies is a Neuralink which aims to put a chip inside your head to boost your brain’s capacity by recording brain activity and potentially stimulating it.

Neuralink first became publicly known in 2017 when the wall street journal reported its existence, the company’s first major public outing didn’t come until 2019 when Elon Musk and other members of the Neuralink executive team showed off their tech in a live streamed presentation. The Neuralink chip is about the size of a coin and is embedded in a person’s skull.

An array of tiny wires each roughly 20 times thinner than a human hair fan out into the patient’s brain from the chip. The wires are equipped with 1024 electrodes that can monitor brain activity and theoretically- electrically stimulate the brain. This data is transmitted wirelessly via the chip to computers where researchers can study it.

Neuralink is a working technology that the company has demonstrated in 2020. It showed off one of its chips embedded in a pig named Gertrude. The demonstration was proof of concept and showed how the chip was able to accurately predict the positioning of gertrude’s limbs when she was walking on a treadmill as well as recording neural activity when the pigs snuffled about for food. Musk said the pig had been living with the chip embedded in her skull for two months, there was absolutely nothing wrong with the pig before, during, or after the experiment.

Neuralink went a step further with its animal demos in April 2021 when it showed off a monkey playing video games with its mind. Neuralink released a video of a Macaque monkey named Pager playing video games such as pong for banana smoothie rewards. Of course monkeys don’t do anything they won’t be rewarded for. Pager played the games using a joystick disconnected from the game’s console meaning he was controlling the cursor using his brain signals as his arm moved.

How Will Neuralink Implant The Chip Inside The Skull?

It’s a very difficult task but the company has built a robot that can do it. The robot would work by using a stiff needle to punch the flexible wires emanating from a Neuralink chip into a person’s brain a bit like a sewing machine. Neuralink released a video showcasing the robot in january 2021. Musk said the machine makes implanting Neuralink’s electrodes as easy as laser eye surgery .

It automatically adjusts the needle to compensate for the movement of a patient’s brain as the brain moves during surgery, along with a person’s breathing and heartbeat. The robot is eight feet tall and while Neuralink is developing its underlying technology, its design was crafted by Woke studios.

After the successful demos using animals, the next step is human trials. This is a huge step because of the complexities involved. A company that wants to carry out human experiments like this has a very high bar to reach before getting all the required permits, however Musk has assured that Neuralink has even set its own target higher than what regulatory bodies are asking for.

What uses will Neuralink be for in humans? In the near term a chip in someone’s brain could help treat neurological disorders like Parkinson’s. Improved neural interface technology like Neuralink’s could help better study and treat severe neurological conditions such as Parkinson’s and Alzheimer’s. The electrodes in a patient’s brain will reproduce the sensation of touch allowing the patient to exert finer motor control over a prosthetic limb.

As part of its announcement, the company said its chip’s first commercial application would help quadriplegic people. Quadriplegia is a partial or full paralysis in all four limbs. You need your hands to use a phone or laptop but Neuralink will help people who can’t control their limbs use their minds to operate such gadgets including playing games, sending emails and even making calls. Neuralink will also tackle memory loss, especially in older patients or people that have suffered from a stroke.

During an interview with Ted’s Chris Anderson, Elon Musk said Neuralink could address health conditions like morbid obesity. Musk did not elaborate but university of Cambridge professor of metabolism and medicine Sadaf Furukai has noted that a particular region of the brain, the “Hypothalamus” is typically the one that drives an increase in appetite. If Neuralink can target specific brain areas then addressing issues like morbid obesity would be feasible.