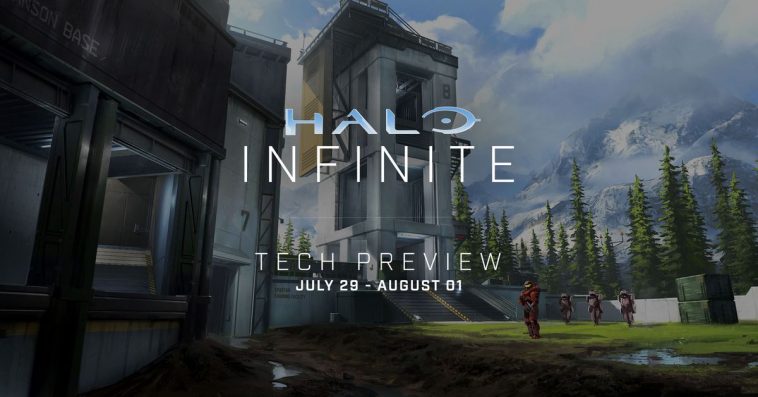 The first preview will include testing gameplay against AI bots, with a bot arena to “gather feedback on Bot behavior and online performance,” according to 343 Industries. This arena will include the slayer mode across three maps, and a variety of challenges throughout the weekend. “The Bots still have their quirks, which is why we’re flighting them, but they certainly aren’t pushovers. Be prepared,” warns 343 Industries.

Players will also be able to try the Weapon Drills part of Halo Infinite this weekend. It’s a way to test weapons before entering arena battles, in a simple firing range. There will be a variety of guns to test, including snipers, pistols, the classic needler, and the MA40 AR.

343 Industries is also testing the UI of Halo Infinite, including how players unlock battle passes, interact with challenges, and use the store inside the game. “This technical preview will feature a truncated Battle Pass and a small fraction of the Customization options planned for launch,” according to 343 Industries.

Here’s everything we know about Halo Infinite’s free multiplayer

This testing will also include the new Halo Waypoint web and mobile app, where you can customize a spartan or view battle pass progress and challenges.

343 Industries is planning to share more details on the Halo Infinite technical preview during a live stream later today at 5PM ET / 2PM PT. If you’re interested in testing Halo Infinite then you’ll need to sign up to be a Halo Insider.

Tomorrow, we’re going live with the first look at #HaloInfinite’s upcoming technical preview! Hear directly from the team about what’s in store, and how you’ll get in if you’re selected.

Halo Infinite’s multiplayer mode will launch alongside the campaign later this year, and will be a free part of the game open to anyone on Xbox or PC. The game will run at up to 120fps in this mode on the Xbox Series X, and offer classics game modes like capture the flag with new abilities like using a grapple hook to pick up objects.